In July 2022, compared to July 2021, the Manitoba All-Items Consumer Price Index (CPI) increased by 8.8%. The decrease from the June 2022 rise is 0.6 points. Canada’s annual price growth rate in July is 7.6%, a 0.5-point drop from June. Prince Edward Island has the highest year-over-year price growth, at 9.5%, while Newfoundland and Labrador saw the lowest Increase, at 6.9%.

The Increase from June to July was in the following categories: food, recreation, education and reading, clothing and footwear, and alcohol and cigarettes. The four areas that slowed the price rise in July are housing, household goods and furnishings, transportation, and health and personal care.

During the last decade, there has been a significant trend toward rising minimum wages across Canada. Table 1 illustrates that provinces have increased their minimum wages over the years. With a 67.2% rise in percentage terms, British Columbia had the highest minimum wage increase between 2009 and 2022, and Manitoba and Saskatchewan had the lowest changes in real  dollars. The minimum wage in Manitoba was scheduled to increase from $11.95 to $12.35 per hour on October 1, 2022, based on the government’s regulated approach based on Consumer Price Index for 2021. Through a change to the regulation, the Manitoba government granted itself the power to raise the minimum wage, and the province announced that the minimum wage would increase from $11.95 to $13.50 starting in October of this year. The government also said thar the hourly wage will increase to $15 by the fall of 2023, which coincides with the anticipated timing of a provincial election. 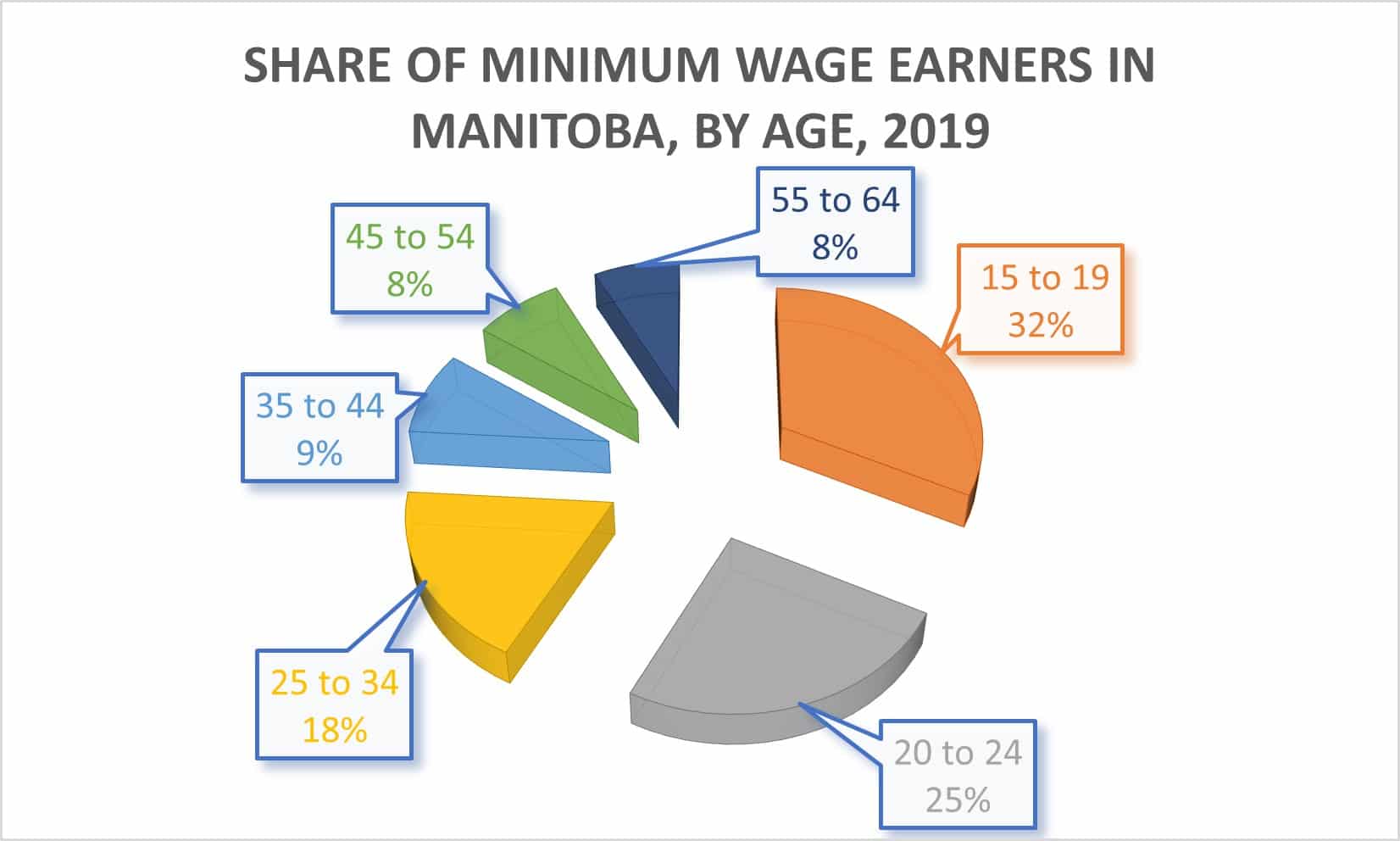 Source: Statistics Canada, Calculation based on Tabulation from Fraser Institute

Reducing poverty should be a central goal of government. Rather than adding to rising business expenses and anxieties, however, governments should search for methods to alleviate them. Reductions of  personal income tax rates for low-income persons, such as what was done in other western Canadian provinces, is a more effective way of ensuring that low-income earners can keep a larger share of their paycheck, without passing those costs on to business and consumers. In the interim, as many small and medium-sized businesses are still struggling to recover from the COVID pandemic, in order to avoid closures and layoffs, the government should consider support programs for small businesses and their employees.

The Winnipeg Chamber of Commerce, along with the Manitoba Hotel Association and the Manitoba Restaurant & Foodservices Association, provided recommendations to the provincial government regarding measures to assist businesses with the changes to the minimum wage announced on August 18, 2022. The following recommendations that are well-researched and based on sound evidence from other jurisdictions.

A long standing ask of industry, this change would provide immediate benefit in the form of lower cost pressures in the food service and hospitality industries. Recent data shows that in British Columbia and Ontario, similar approaches resulted in additional revenue for the government in the form of increased sales tax revenue.

This measure would ease some of the immediate pressure and could make a difference for businesses in deciding to maintain or expand operations to pre-COVID levels.

Since 2015, The Winnipeg Chamber of Commerce has been at the forefront of the call for a tax reform commission to modernize our tax policies and system and enhance its fairness and simplicity. Just as the minimum wage has been increased in order to be competitive with other provinces, so too must we examine Manitoba’s taxation system to ensure alignment with and support economic growth and prosperity.