What Do You Do When The Lights Go Out?

On February 3, 2013, the San Francisco 49ers were taking on the Baltimore Ravens for Super Bowl XLVII. With 13:22 left in the third quarter, the game came to a drastic halt– the power went out. Frank Supovitz, NFL’s Senior Vice President of Events at that time, was the man in charge of the NFL’s entire Super Bowl Game Day operation– and the man who was in charge of getting the power back on.

“The first thing that went through my head was oh my gosh, what do we do now? But then I remembered we conducted exercises for dealing with emergency situations just like this,” said Frank.

“We held the game for 34 minutes. We were able to get the power restored in 15 and the lights up to full brightness and running in 24 minutes, but we took another 10. With the enormous pressure we had from CBS to get back up as fast as possible, we still wanted to make sure everything was working. We checked every system and sure enough, the quarterback communication system wasn’t working. If we hadn’t taken that extra time we never would have known until it was too late.”

Fast forward to 2020 and the lights went out again, but this time for the entire world– the COVID-19 pandemic.

Frank knows all about planning for the next disruption. For more than 30 years, Frank has been at the helm of some of the world’s most prestigious, widely-viewed, and well-attended sports and entertainment events. He served a combined 23 years as the Senior Vice President of Events for the National Football League and the Group Vice President of Events & Entertainment for the National Hockey League.

In 2014, Frank founded Fast Traffic, an event management, production, and consulting firm that has served a wide range of sports and entertainment clients, including the Indy 500, Major League Baseball, Major League Soccer, among others.

As we all know the events industry was heavily impacted by the pandemic. Frank himself had to pivot to find ways to stay afloat, but he often reminds himself that this was all predictable. Not the pandemic itself necessarily, but the disruption of workflow.

“Most people would not have anticipated a global pandemic of the nature of the one we’ve been experiencing,” said Frank. “Having said that, all of the symptoms of a global pandemic, and what has happened since then were totally predictable. That’s why these emergency exercises are so important.”

“No matter what kind of business you are in, there’s always the worst-case scenario for you. You just have to identify what that is and make a plan.”

Though these exercises could be anxiety-inducing or feel like doomsday prepping, they’re important and now we realize that anything is a possibility.

As we begin to make our way back to in-person events, it’s hard to imagine what it will feel like.

“That was my first major event back,” smiled Frank. “We saluted 105 healthcare workers as part of the opening and it was really kind of a homecoming. Especially when the announcer said, ladies and gentlemen, start your engines. It was an incredibly emotional experience, not only for the audience but for us in the booth. Even the announcers were just having a hard time remaining stoic. It was an emotional day. But good to be back.”

The event industry came to a disruptive halt at the beginning of the pandemic and how we gather will never be the same. As we move forward, how do in-person events look like and how do we properly plan for the next disruption? Join us for our September luncheon on September 23 to hear from award-winning event producer Frank Supovitz on his take on the future of events and his career lessons of being ready for the next disaster. 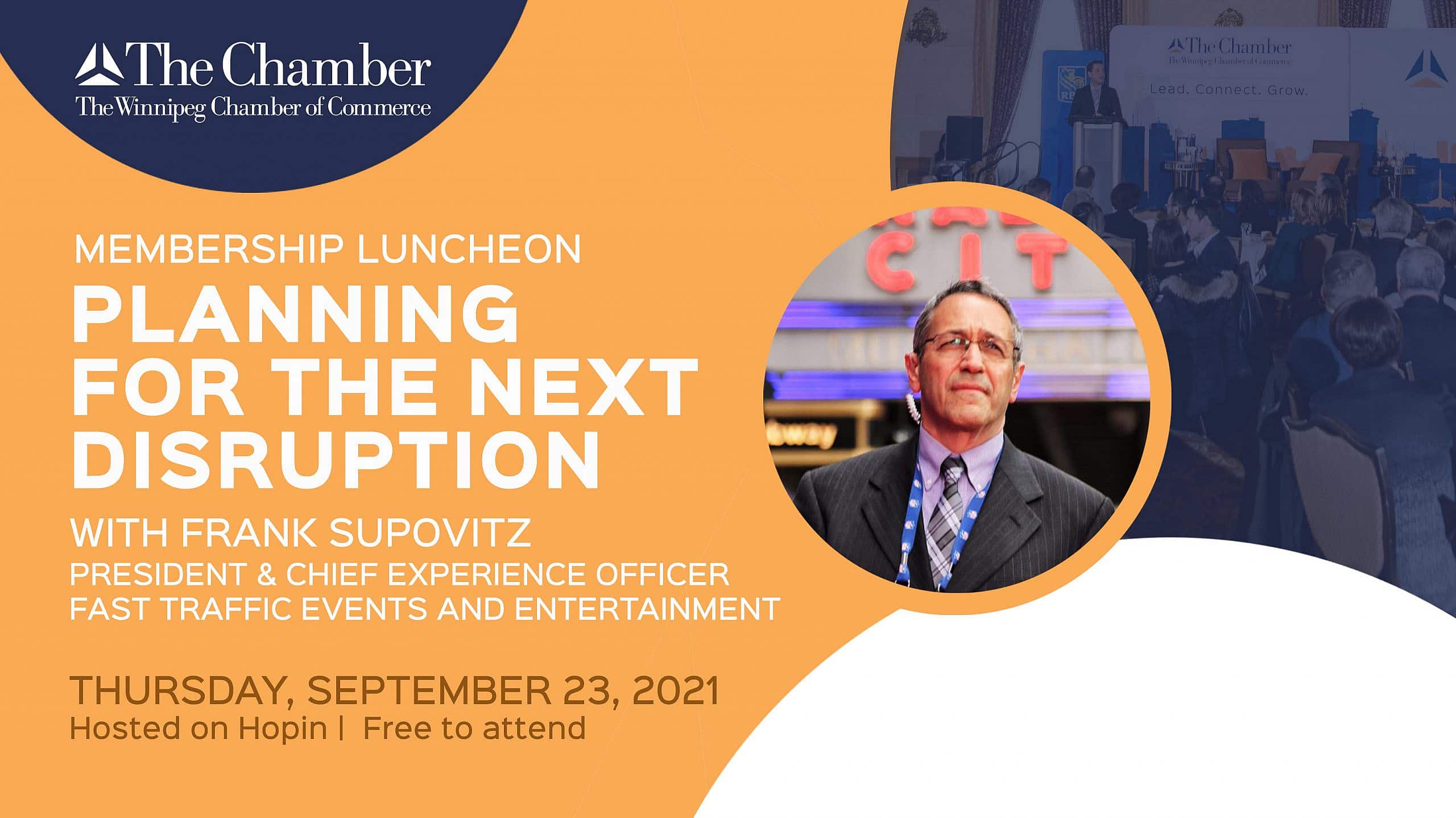