The Arc of Her Story

Margaret Redmond is the founding President & CEO of the Assiniboine Park Conservancy which was created in 2008 by the City of Winnipeg with a mandate to operate and create a financially sustainable future for Winnipeg’s historic Assiniboine Park and Zoo.

Now 14 years later, with The Leaf officially opening, Margaret sees her time with Assiniboine Park coming to a close.

“I’m a person who believes in the arc of a story.”

“I came with specific goals in mind and we reached them. The Leaf is really the culmination of that,” said Margaret. “I feel I’ve given what I have to give here, and it’s time for fresh eyes and fresh ideas. I know it’s time for me to turn a page, and see what’s next.” 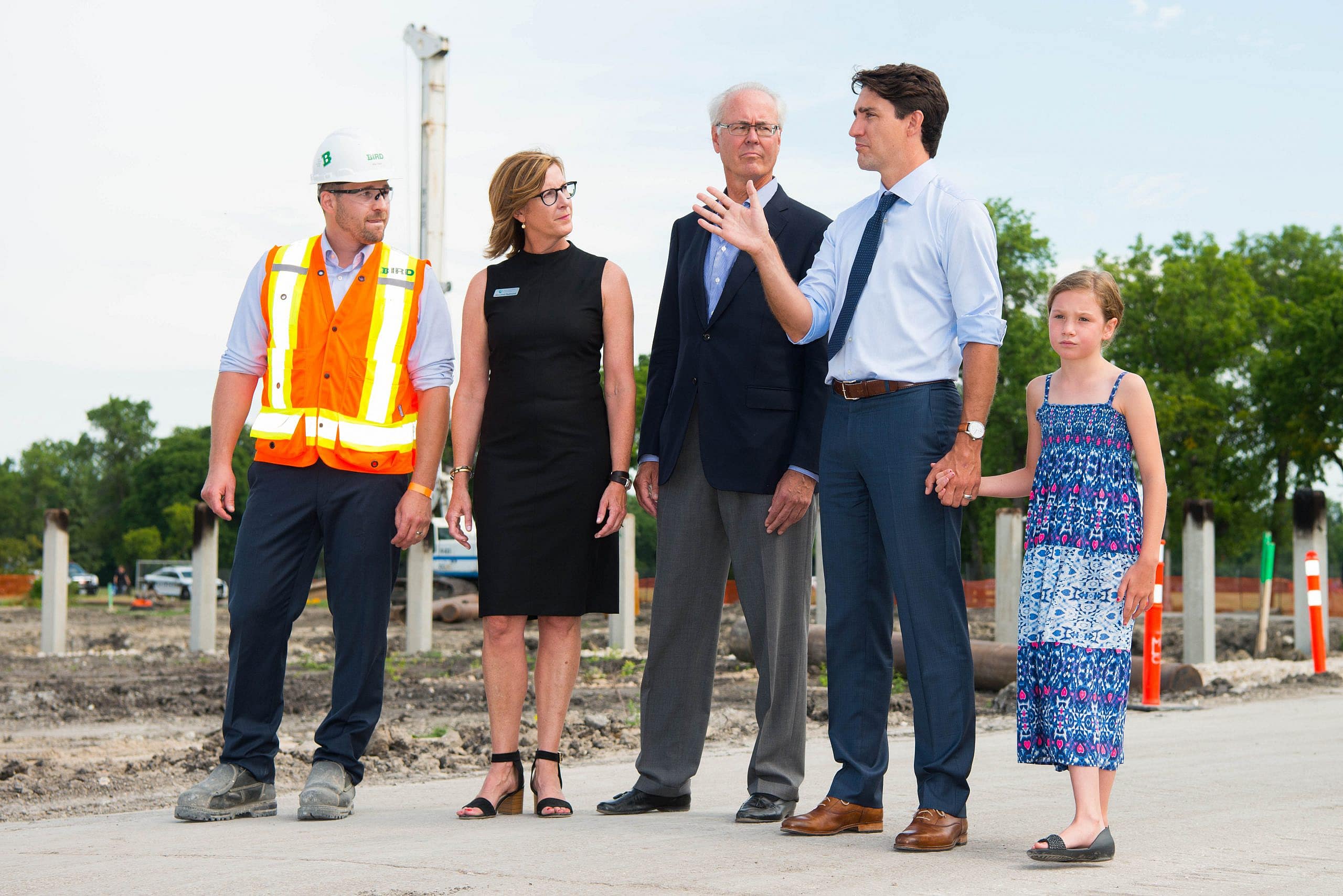 Funding Announcement – July 29, 2017 – Prime Minister Justin Trudeau was joined by then Deputy Premier Heather Stefanson and former Mayor Brian Bowman at an announcement in which all three levels of government confirmed their funding support for The Leaf – Canada’s Diversity Gardens. In this photo, Margaret and Hartley are providing the Prime Minister and his daughter Ella-Grace, with a tour of the construction site.

Now we have officially come to the arc of the story. On December 3rd, 2022, The Leaf – Canada’s Diversity Gardens– officially opened, which marks the end of this incredible journey and the beginning of an exciting new chapter for the Park and the City of Winnipeg.

“Our dream for The Leaf and the gardens was that we were creating a place where we could build bridges between people from different backgrounds by using plants as a medium through which stories will be told,” said Margaret.

Another goal for The Leaf was to create an attraction and experiences for those who live in our city and visitors to Winnipeg.

“Our primary focus was making The Leaf an amazing place for our community, and a gathering place that will be relevant for generations. We tried to do something unique and we’ve succeeded. I really believe that because we got that right, it will also be a major tourist attraction.” 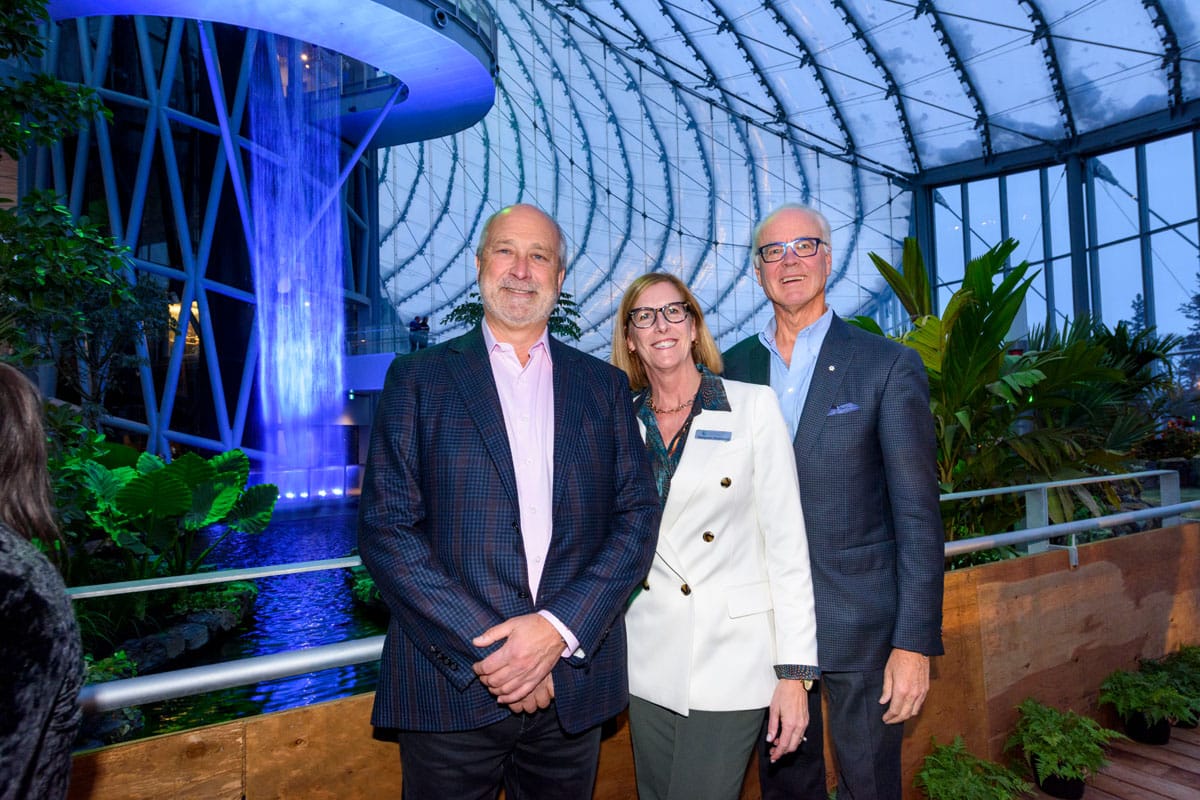 On November 19, Assiniboine Park Conservancy hosted a special event to celebrate the completion and upcoming opening of The Leaf with those most closely connected with the project. This photo was taken in the Hartley and Heather Richardson Tropical Biome. (L-r) Don Streuber, Vice Chair APC Board of Directors, Margaret Redmond, and Hartley T. Richardson, Chair APC Board of Directors.

Tourism is a significant economic driver and with the pandemic shattering the tourism industry, it’s been tough to rebuild. The Leaf is a perfect example of a step in the right direction.

“The Leaf is a story of a community that made some great things happen and I think it is uniquely a Winnipeg story and I’m excited to share it with the business community.”

On December 15, Margaret will join The Chamber for their December Luncheon titled– Taking Pride in Our Own Backyard. Margaret will share lessons learned over more than a decade of development and reflect on the future of Assiniboine Park, how The Leaf is a project of its time, and why Winnipeg is the perfect place to bring it to life.