Our Meeting with Scott Gillingham

Scott’s platform “Building a Stronger Winnipeg” is one of the most detailed, transparent and comprehensive plans in this election. It is fully costed and includes a section on how Scott’s plan will be implemented.

When asked about his vision for Winnipeg, Scott spoke about creating a City where our children and grandchildren see a future and choose to plant roots. Scott emphasized the importance of balancing long-term vision with short-term priorities and noted that we often pay too much attention to the issues that are affecting us right now, without thinking about long-term consequences. Scott envisions a City that is entrepreneurial and service-focused, where it is easy to obtain permits to grow business, but also one that cares for our most vulnerable populations and is innovative in creating housing options for folks who are experiencing homelessness. 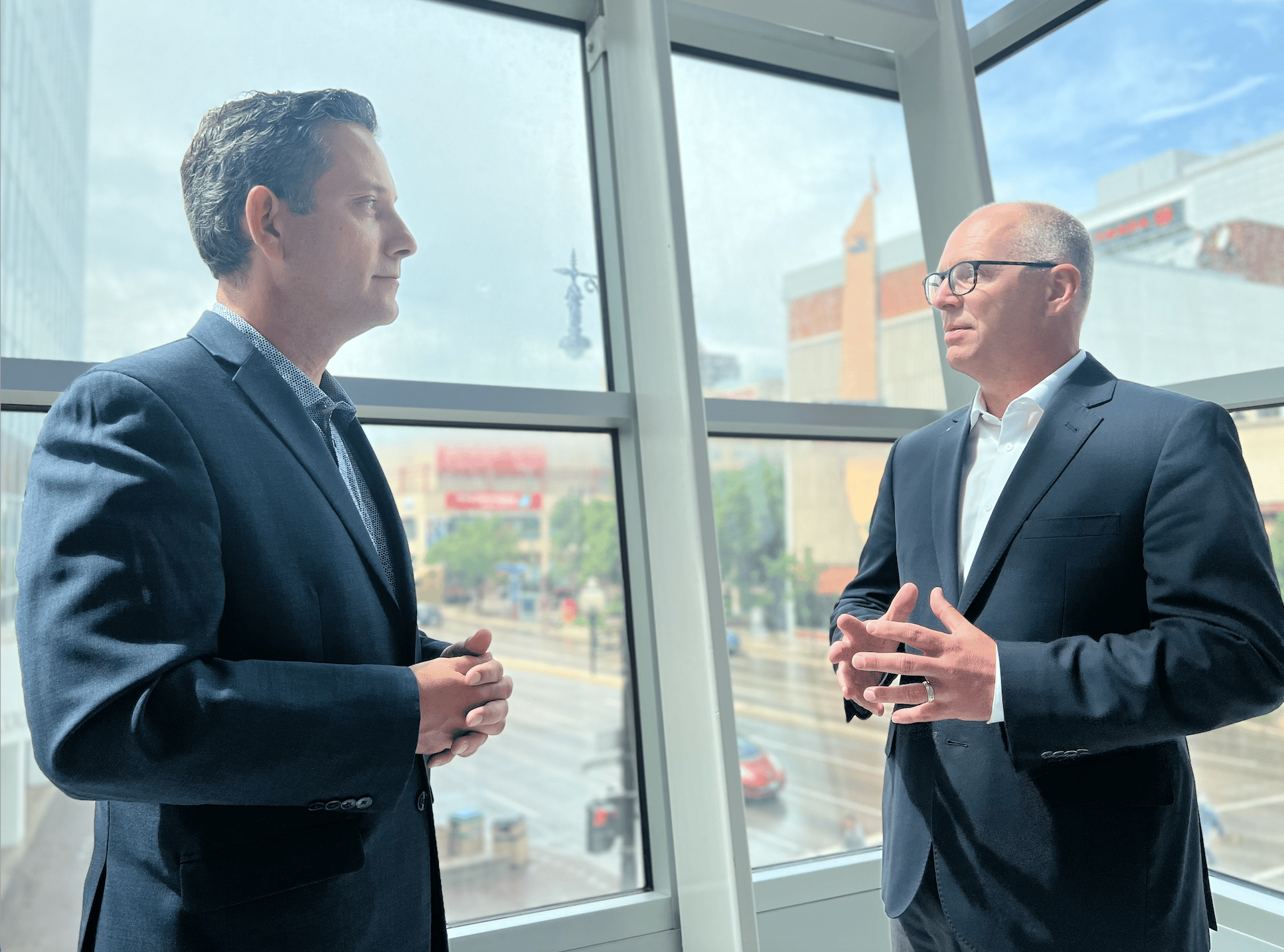 When asked about the Winnipeg Chamber’s Playbook and what stood out to him, Scott said that the idea of being the “easiest city in Canada” to do business in resonated with him. One of Scott’s top priorities is economic growth and development and he pointed specifically to the barriers that prevent investment. As Mayor, Scott’s approach would be to open a dialogue with business so that he and other City officials can hear firsthand about the issues and ideas about how to address them, especially concerning processes and policies that are out of date.

When asked what he would do as Mayor to reignite downtown, Scott said that we need to focus on addressing social issues – such as mental health and addictions, homelessness and affordable housing – and encourage more coordination and partnership with social service agencies and the provincial government. Scott said that the City’s job is to create an investment-friendly environment and focus on designing public spaces for people to enjoy. A comprehensive downtown plan is needed and we need to be thoughtful about finding the right mix of affordable housing, business development incentives, public spaces and services.

When asked about relationships with Council and other levels of government, Scott said that productive working relationship are essential to getting things done for Winnipeg. If elected Mayor, Scott’s approach would be to develop a strategic plan based on common priorities, which may include things like roads, community safety and facilities, beautiful neighbourhoods, active transportation and transit. Once the plan is set and the priorities are established, they would be funded through the budget process. Progress would be tracked and publicly reported. Scott’s belief is that when councilors and citizens are involved in a transparent process, they will be much more likely to work as a team. Relationships with other levels of government will be based on being clear about Winnipeg’s priorities and demonstrating why Winnipeg is important for Manitoba’s and Canada’s future.

On the subject of taxation and revenue, Scott would pursue the phased elimination of the business tax (Winnipeg is the only major municipality in Canada that charges a business tax), but said also that this couldn’t be done “overnight” as it is a big source of revenue that funds City services. Scott noted that Winnipeg must look closely at what it needs to do to become the easiest place in Canada to do business and that includes growing the economy, reducing red tape, such as shortening the permitting and approvals process and improving how the city delivers services. If elected Mayor, Scott would pursue discussion with the provincial government to align Winnipeg’s revenue system with economic growth, such that the City’s revenue will grow as the economy grows.

Scott’s vision for Winnipeg and stated priorities align with the ideas in our playbook, such as making Winnipeg the easiest city in Canada to do business, working towards eliminating the business tax and focus on growing the economy. Scott’s intention to develop a City strategic plan, engage Winnipeggers in planning and budgeting, make the process more transparent and report on progress is welcome.  Scott’s views on the downtown and neighbourhood safety are also aligned with the Chamber’s ideas, where policing should focus more on crime prevention and the City should seek better coordination with the province and social service agencies to address root causes.