Our Meeting with Rana Bokhari

Winnipeg Chamber President and CEO Loren Remillard met with Rana Bokhari at the corner of Portage and Main.

Rana’s platform is very clear and she has made it easy for Winnipeggers to know where she stands on the issues. Rana’s website lists the following priorities:

When asked about her vision for Winnipeg, Rana spoke about the need for a strategic plan with three pillars; prosperity, community and sustainability. Rana said that systems thinking – seeing the connections between the parts – is essential to understanding our future and how we can create a better city for everyone. Rana would like to see Winnipeg “dream big” and break out of the belief that we can’t change or try something new because we have always done it a certain way. 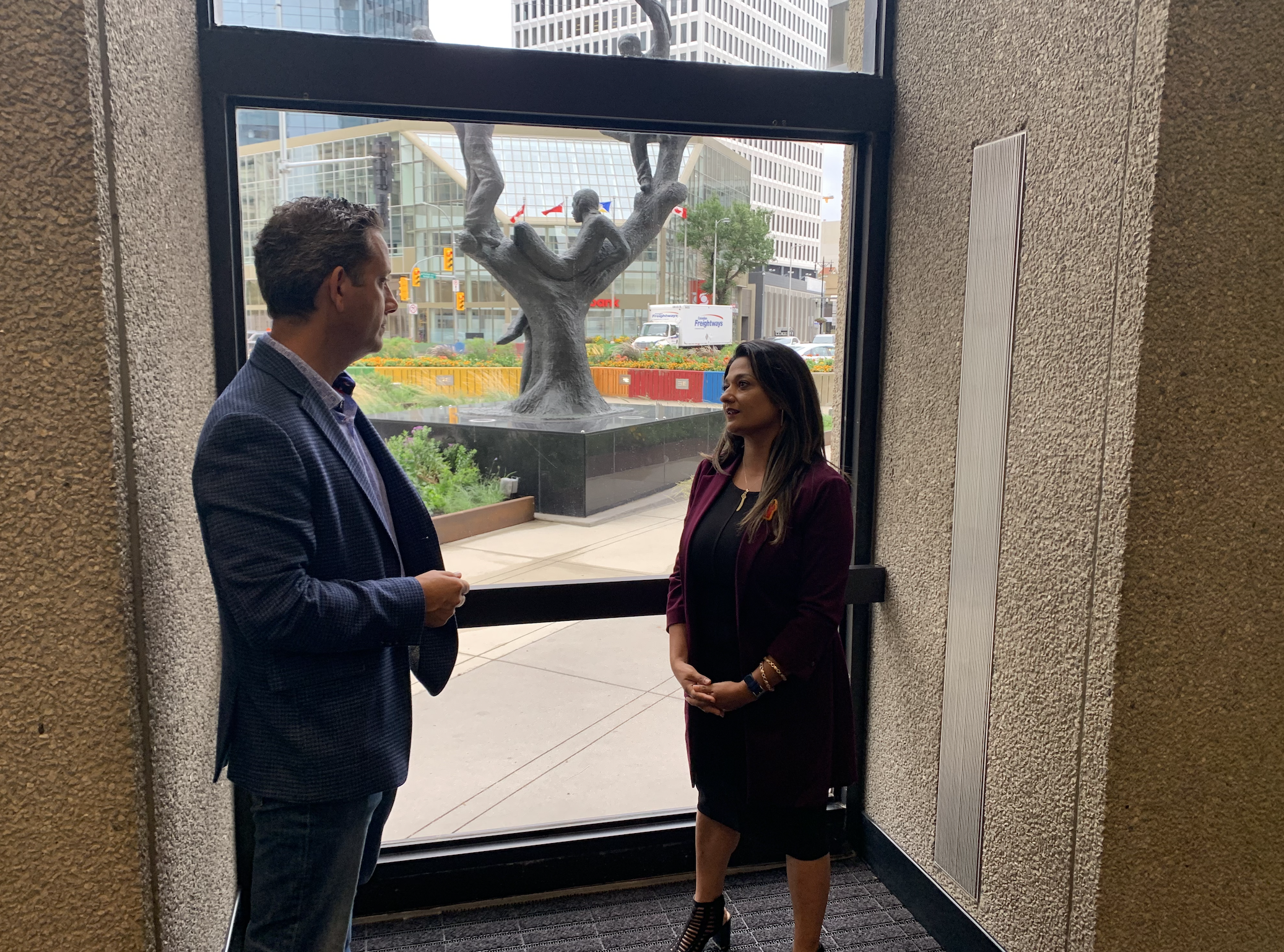 When asked to respond to the Winnipeg Chamber’s Performance Playbook, Rana spoke about the need for infill housing. In Rana’s view, the root cause of crime is poverty, addictions, and mental health, so we need to create more opportunities for those who are homeless to have stable housing opportunities. Rana also spoke about the need to move forward with servicing Centreport and expanding available business lands, which she sees as a key enabler of economic growth.

When asked about downtown, Rana spoke about the basic human right to be safe, and that she clearly sees the need for a safe injection site in Winnipeg. Rana was very careful to say that a safe injection site should not provide safe supply, but rather a safe place, staffed by appropriate medical and social service personnel. In Rana’s view, unless we as a city provide designated safe places, the problem of drug use will continue to happen in places that are potentially unsafe, such as bus shelters and in places where the activity makes others feel unsafe, such as adjacent to businesses.

When asked about the importance of relationships, especially since some of the things that Rana is proposing to do fall outside the mandate and jurisdiction of the City of Winnipeg, Rana said that she conducts herself with integrity and always enters negotiations armed with data, facts, and evidence. Rana pointed to the urgency of the moment, where our relatives and fellow citizens are being harmed while we try to figure out which level of government is responsible for making change. Rana believes this is the essence of leadership – the ability to see a different path and inspire people to try something new.

When asked about what Winnipeg needs to do to modernize its revenue and budgeting systems, Rana responded that tackling the root causes of many of our most difficult challenges (homelessness, addictions, and mental health) will produce savings that can be repurposed. Rana spoke about the need to be upfront with Winnipeggers about how their money is being spent, but also what the cost of our current systems and approaches are. For example, Rana said that a portion of the public safety budget should be rededicated to social services, which will produce long-term financial gains.

Rana is a big-picture thinker who is most concerned with addressing the root causes of the issues we are facing. Some of her policies align with our Performance Playbook, such as the importance of transit, the need to develop a transportation strategy and the need to eliminate parking minimums. Most of her ideas though are beyond the scope of what we think is needed and cross into the jurisdiction of other levels of government.