Our Meeting with Kevin Klein

Winnipeg Chamber President and CEO Loren Remillard met with Kevin Klein at a café in the Exchange.

Kevin does not have a traditional platform document available on his website. Instead, his website includes links to new conferences and announcements where Kevin has made statements about his priorities:

When asked about his vision for the City, Kevin spoke about the pillars of a successful community, which in Kevin’s view include; safe neighbourhoods, accountability, and true leadership (which involves bringing experts and citizens to the table to inform public policy). Kevin wants to see a City that provides opportunities for people to prosper and a City that has a great quality of life. 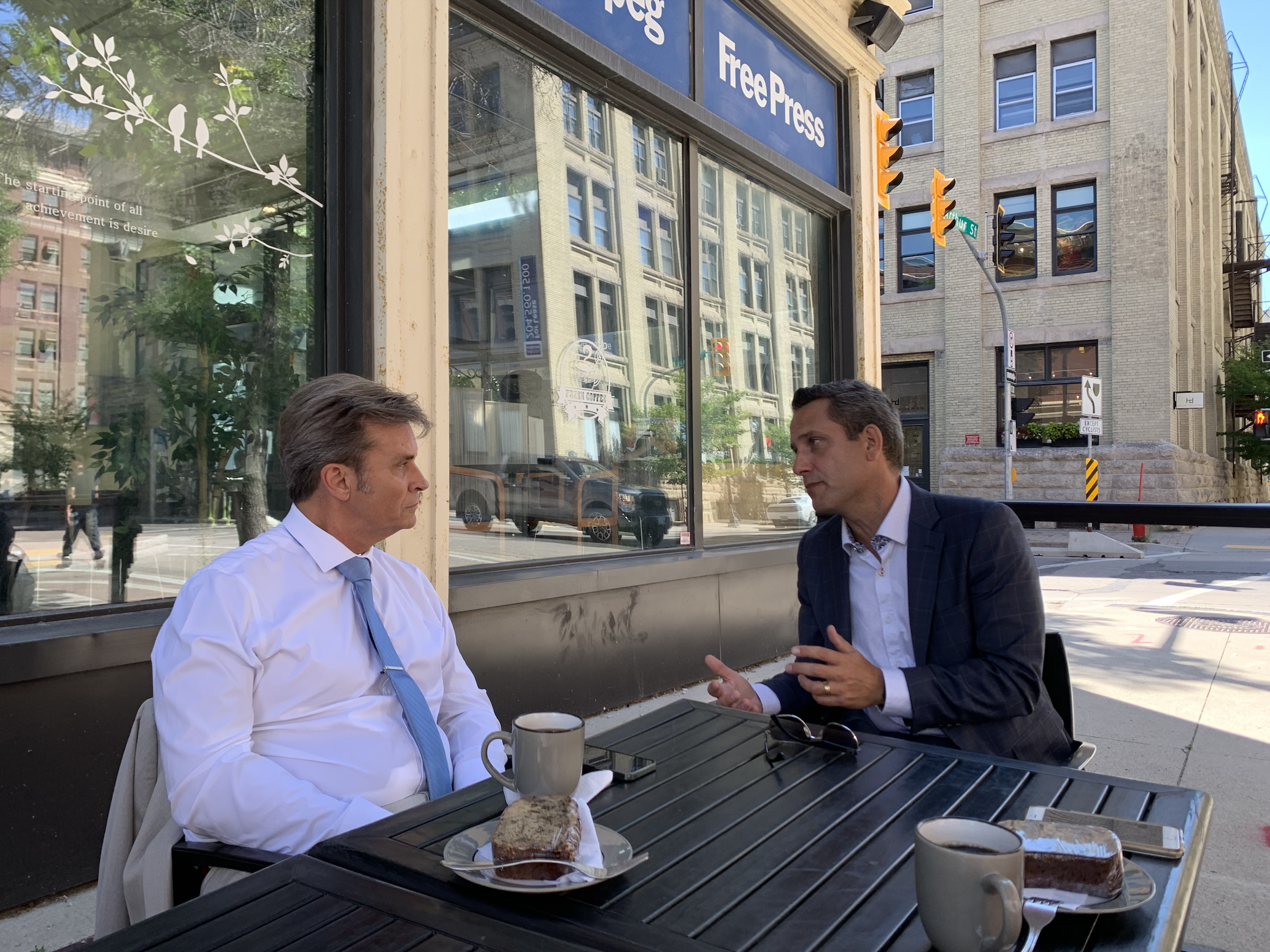 When asked about the Winnipeg Chamber’s Playbook and what stood out to him, Kevin responded by saying that he viewed the Playbook as a starting point for discussion with the business community. Kevin spoke about his plan to streamline the process for entrepreneurs who are intent on starting small and medium-sized businesses and said that he has heard from some entrepreneurs that it can take months to receive approvals. Kevin’s plan is based on hitting a target of 90 days to provide approvals for new businesses, where every new business would be assigned a case worker, whose job it would be to help navigate City Hall. Kevin spoke about the need to shift perspective, where city staff see themselves as partners of small business and help to create an “express lane” for entrepreneurs. Kevin spoke about the importance of a customer service mentality.

When asked what he would do to reinvigorate downtown, Kevin responded by saying that neighbourhood safety is his number one priority. Kevin sees inefficiency in how we are currently using police and emergency response resources and he pointed to incidents where police officers must accompany someone suffering from a mental health episode in the hospital until they can be seen by medical staff. If elected Mayor, Kevin would lead a review and work with all the stakeholders to determine if there is a better way. Kevin’s perspective is that safety is the foundation of economic development and that once we have ensured safety, private-sector investment will follow.

In responding to this question, Kevin spoke about the need to change the governance model at Council, where all Councilors should have an equal voice and are involved in setting policy direction, especially the budget. To involve Councilors in solution-oriented leadership, Kevin would like to create a system of issue-based sub-committees. So, for example, if there was an initiative to build active transportation corridors, Kevin, as Mayor, would ask for the participation of two or three Councilors to lead the planning, consult with business and citizens and ensure that the plan meets everyone’s needs. Councilors would then report back to the full Council on what they heard and explain why the proposal deserves funding.

On the subject of budgeting and revenue, Kevin favours “zero-based budgeting” and focused reviews of programs. Kevin cited the City of Calgary, which focuses on conducting a full review/audit of one department per year, which, according to Kevin, has resulted in significant savings.

Kevin has deep corporate experience in the private sector and that perspective informs his policy statements and solutions. Kevin’s orientation is to review what is currently happening before thinking about what more needs to be done. His thoughts on zero-based budgeting and the need for program reviews are aligned with the Chamber, as is his call for City staff to assist entrepreneurs in navigating the approvals process. Kevin’s beliefs about the importance of consultation and gathering information in the community also resonate. In addition to this, we would like to see more emphasis on a longer-term vision for our City, which was a strong theme in our Playbook.