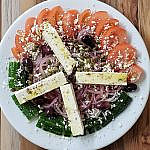 Nick’s father started running businesses as early back as the 80s, which meant Nick was born and raised in the industry. Nick has opened businesses of his own, retired, and then realized he hated sitting around. He quickly thought, “alright, let’s do the restaurant thing,” said Nick.

Nick looked for ages trying to find the right place. Eventually, when he was shown his current location on St. Mary’s Avenue, he knew it was the right fit. Helios sits on its own lot and is surrounded by streets. “I call it my little Greek Island,” said Nick.

Working with customers is Nick’s favorite part of the job. Compared to his other businesses in the retail and wholesale industry, Nick has a bigger opportunity to get to know his customers – especially the regulars.

Nick loves working in a fast paced, and Helios certainly has kept him busy. “You come into work at 9 a.m., blink, and ok it’s closing time,” said Nick.

Helios was one of the first restaurants to close in Winnipeg prior to any mandates. They switched to take-out and delivery and were forced to let employees go.

“Within a few days, the community support was just insane,” said Nick. “The shop local, eat local, help local… it just exploded.” Helios was able to hire back employees who were originally let go to help with takeout orders and answering phones. 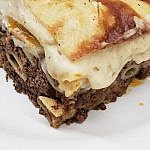 Helios recently introduced the Helios Market, which is fresh-to-frozen dishes like soups and pastas for people to take and bake.

“I found myself sharing other businesses posts,” said Nick. “We appreciate each other’s support.” Another business ordered a large takeout order, took a picture and posted it which opened Helios up to a whole audience they otherwise wouldn’t have reached.

“It’s been great,” said Nick. “Its businesses helping out other businesses.”

SEVEN REASONS TO GET YOUR SEASON SEATS

Each month hundreds of businesses come together and network at our Membership Luncheon series. To make it easy for you, we offer our members season seats to all 10 of…

A Spirit of Community

4- minute read What does the spirit of Winnipeg mean? Community? Celebration? Giving back? Innovation? For Chamber member, LITE (Local Investment Towards Employment), it means all of that and more. …

4-minute read Over the last ten years, Chamber member, Coelement, has been producing the videos and graphics for our Spirit of Winnipeg Awards, which are all about celebrating our Winnipeg…