Our Meeting with Don Woodstock

Winnipeg has a long history of contrarians who run for public office, who are led by a belief that it is their responsibility to present alternate views and ideas. Don Woodstock accepts this responsibility wholeheartedly, but not without controversy. During this election, Don made headlines when he asked another candidate a question about a family member. Don also attracted condemnation by Indigenous leaders for his comments related to violence against Indigenous women.

When asked about his vision for Winnipeg, Don responded that the environment is his top priority. He cited his past involvement in banning plastic bags and advancing the blue bin recycling program as examples that establish his credibility. Although not part of the City’s jurisdiction, Don also spoke about the importance of redirecting social service funding to support individuals and the need to promote home ownership. Don said that we must do a much better job of engaging Indigenous communities and that safe communities are the foundation of a prosperous city. If elected Mayor, Don would work to increase transparency and accountability by making sure that all council and committee meetings are public. Don would like to see Winnipeg fulfill its potential and become a “human rights” city. 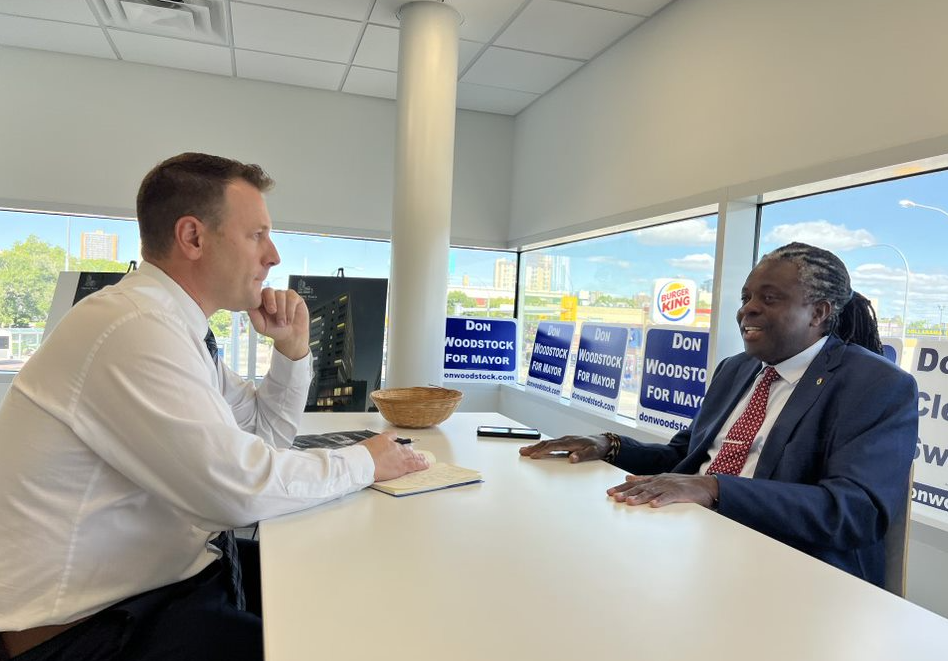 When asked to respond to the Winnipeg Chamber’s Performance Playbook, Don responded that some of the ideas make sense, such as the importance placed on the downtown. Don would also eliminate the business tax.

When asked about downtown, Don said that he would focus on safety and would make additional funding available to police. In Don’s view, crime prevents investment. Although not directly related to downtown, Don’s most significant proposal from a financial perspective is to dedicate significant amounts of money to youth recreation, amounting to $2 billion over the next over years. Don said that in addition to redirecting city funds, he would seek funding from the provincial, and federal government, as well as corporations and private foundations.

When asked about the importance of relationships, Don prefers to relate to people as individuals, getting to know them beyond their official titles. In Don’s view, people respect success and will want to get involved when they see positive momentum.

When asked about what Winnipeg needs to do to modernize its revenue and budgeting systems, Don was blunt about the need to eliminate the business tax, saying that no other major municipality in Canada levies this tax. Don believes that there are significant savings to be found by increasing Council oversight of tendering and construction projects – his proposal to bring change orders to a full vote of Council is an example of this. Don also believes that it is not sustainable to continue to borrow money, especially given rising interest rates and asserted that Winnipeg should live within its means.

Don’s ideas represent an “out of the box” perspective. His views on crime and safety and the need for massive investments in youth recreation opportunities are intriguing, but he did not specify where the money would come from or how it would be spent. Don’s desire to increase oversight and transparency over city contracts is welcome, but bringing change orders to a full council vote is likely cumbersome from a governance perspective. Don’s views on the business tax are aligned with our Playbook, but most of his platform is not aligned.