No cost to attend; limited amount of tickets available

During Small Business Week, on Monday, October 18, we’ll be hosting our annual Small Business Summit in partnership with the Mayor’s Office. Chamber Director of Advocacy, Colin Fast, will sit down with Mayor Brian Bowman and other City officials to talk about next steps for economic recovery and how together we can address challenges our downtown is facing.

Join us on October 18 for this free in-person Summit and don’t miss Mayor Bowman’s last Small Business Summit with the Chamber community.

Digital and/or physical COVID immunization card will be mandatory
at our event check-in for all Winnipeg Chamber in-person gatherings.

ABOUT OUR SPECIAL GUEST:

Scott Gillingham was first elected to Winnipeg City Council in 2014 and was re-elected in 2018. During his time on council, he has become widely respected by colleagues, department staff and stakeholders.

Scott has been given several important responsibilities including the chair of the Winnipeg Police Board, Council Liaison for Labour Relations and the Chair of the Standing Policy Committee on Finance.

In his first term, Scott was appointed Council Liaison for Labour Relations where he called for and worked to see the development of a labour relations bargaining strategy. The strategy sequences collective bargaining with respective bargaining units with an aim to ensuring labour costs are sustainable for taxpayers. Under the new strategy several collective agreements have been ratified that have achieved the lowest year-over-year general wage increases in 20 years.

Scott has also served as the Council Liaison – Veteran & Military Affairs, a position he helped create. This has been an important role for working with the Canadian Armed Forces on issues related to personnel, planning and reservists policies. It also recognizes the contribution made to the city by Forces members, veterans and their families. With17 Wing located right in his St. James ward, Scott feels a duty to serve the men and women who serve our nation.

Since moving to the role of Finance in November 2016, Scott has applied a long-term focus on the overall City finances. Most recently, he has provided leadership in the development of Winnipeg’s first multiyear balanced budget that was adopted in March 2020, with balanced operating budgets in each of the next 4 years.

Scott firmly believes that council owes it to the citizens of Winnipeg to establish a longer-term, balanced budget that focuses investment on services that are core to the City’s mandate and delivers certainty for residents.

In addition to chairing the Finance Committee, he currently serves as co-chair of the Winnipeg Metropolitan Region Board and as the City of Winnipeg’s representative on the board of the North American Strategy of Competitiveness.

Scott’s collaborative, responsible approach has been the hallmark of his time on City Council.

Prior to serving on city council Scott served as pastor of Grace Community Church in Charleswood for twelve years. He and his wife Marla have been married for over 25 years and live in Silver Heights. Together, they have raised two adult children, daughter Hannah and son Andrew. 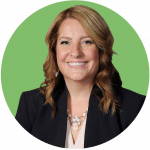 I am proud to have been born and raised in the West End. I love everything about our great community. After high school I worked at our family business, Home Securities Insurance Services on Westminster Avenue in Wolseley. Working as an insurance broker in the family business showed me first-hand the hard work and dedication of small business owners in our community.

Eventually my love of learning lead me to the U of W. One of the most important things I learned at university, where I studied Political Science, was that if you want a better future you have to create it yourself. This is an important life lesson I wanted to teach my two daughters. With daughters in the school system, I felt a strong need to be engaged in not only their education but engaged in the education system for all students in the Winnipeg School Division.

This is what motivated me to become a School Trustee. As a Trustee, I worked with community development organizations such as the Spence Neighbourhood Association and the Central Neighbourhoods Development Corporation. I was also on the board of the Social Planning Council of Winnipeg. It’s always been important for me to give support to people who need it within our community. I’ve met many great people over the years who are facing issues like poverty or living with a disability. I was on the Social Planning Council to make sure these residents have a voice and are heard.