The Civic Leaders Dinner is an energetic, efficient networking evening. Elected officials and the administration’s c-suite will move between tables for direct conversation between Winnipeg’s top influencers. It’s a chance for two-way dialogue and pivotal questions, multiplied a hundred fold by bringing your city’s leadership together in one setting. Attendees will have a chance to chat with Mayor Brian Bowman and Michael Jack, Chief Administrative Officer, City of Winnipeg. More elected officials will be announced in the coming weeks.
*Limit of 5 seats per organization 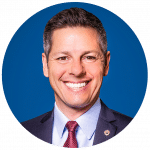 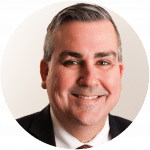 Michael A. Jack is Chief Administrative Officer for the City of Winnipeg, a role which includes management and oversight of all City operations. Michael has worked at the City for over 20 years, previously as Deputy Chief Administrative Officer, where he oversaw major interdepartmental files including the City’s responses to homelessness and the COVID-19 pandemic, homelessness, as well as the Portage & Main, Treaty 1 Naawi-Oodena development, and Winnipeg Metro Region working groups. Michael previously served as the City’s Director of Legal Services & City Solicitor in the Legal Services Department. He sits on numerous professional and volunteer positions and Board Roles, including Manitoba Music and Broadway Neighbourhood Centre.