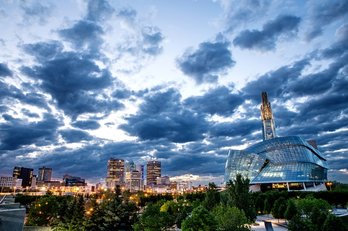 Once again this year, Winnipeg has been named one of fDi magazine’s American Cities of the Future in the category Mid-Sized American Cities of the Future – Business Friendliness. According to the Winnipeg Chamber of Commerce and World Trade Centre Winnipeg, this distinction is due in part to the city’s bilingual nature and economic competitiveness.

The high ranking of some cities on fDi magazine’s American Cities of the Future lists is hardly a surprise. For others, like Winnipeg, appearing on the same lists as cities like New York and Vancouver is a rewarding distinction. 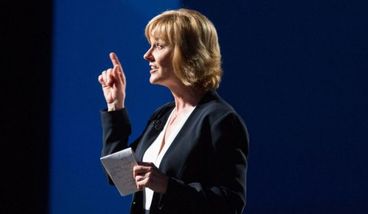 Mariette Mulaire, President and CEO of World Trade Centre Winnipeg, explains, “Making the top 10 Mid-Sized American Cities of the Future is important and highly encouraging. It is a valuable indicator that supports the efforts of economic and political actors.” In addition to providing “reassurance” to potential investors, this ranking is based on a broad series of actual and sociodemographic data divided into five categories: Economic Potential, Human Capital and Lifestyle, Cost-Effectiveness, Connectivity and Business Friendliness.

A total of 428 cities were analyzed to arrive at this outcome.

Winnipeg’s successful tenth-place ranking in the category Mid-Sized American Cities of the Future – Business Friendliness, on the heels of Laval and Surrey, is due not to chance “but to diversity,” assures Loren Remillard, president and CEO of the Winnipeg Chamber of Commerce. “There are three major factors that make Winnipeg a competitive city for business: youth, diversity and the advanced skills of our workers,” he explains. “This is what makes our workforce unique.” 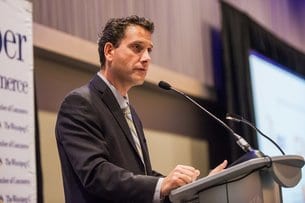 For Ms. Mulaire, developers are increasingly drawn to Winnipeg by another factor: the city’s bilingualism. “This plays a role in multiple markets,” she notes. “On top of this, we are proactive and more competitive than a lot of other cities. Rather than comparing ourselves to Toronto or other major centres, we have to go out and seek investors.” This is evident in the selection of Manitoba by the French starch processing company Roquette earlier this year for a major investment project.

The city was previously recognized in two categories in 2016 by fDi. However, receiving a single mention this year is not at all disappointing for Ms. Mulaire. “We don’t know what improvements other cities may have made,” she remarks. “It doesn’t mean that we aren’t as good; the most important thing is making the top 10.”

​Could Winnipeg be a city on the move in this ranking? “Absolutely,” says Mr. Remillard. “Some people move away from Winnipeg after they graduate and then return soon after; it’s not the place that makes the difference, it’s the quality of life. And that’s what Winnipeg offers: an outstanding lifestyle. That’s not something you can put a price on, but it definitely comes into play in the business world.