March 6, 2018
Two years ago, many were shocked by the results of Brexit, as the United Kingdom narrowly chose to leave the European Union. Since the June 2016 vote, work has been underway for the UK to become the first country to leave the EU.

The United Kingdom’s current minority government situation adds an additional layer of complication to negotiations. Industry groups we met also raised the important point that other government functions need to continue. As examples, the UK is looking at education reforms and a new industrial strategy was launched in late 2017. However, with Brexit taking up so much time and energy, there are concerns that some of these other priorities could slip through the cracks. 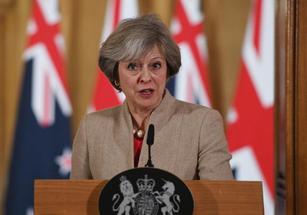 UK Prime Minister Theresa May made a large Brexit speech last week, but the real test will be at the March 22-23 European Council meetings. Attended by the heads of state (or government) for EU countries, these council meetings will focus heavily on Brexit. The UK hopes it will be able to secure agreement on a transition period of around two years at those meetings, providing certainty for business.
​
Regardless of Brexit, we will continue to have trade between our two countries. The UK is Canada’s third largest export destination and there was a clear hope expressed to build on CETA. The Canadian Chamber of Commerce and The Winnipeg Chamber of Commerce will continue to monitor EU-UK negotiations, looking to support our members’ needs to grow international trade.
Share