Why Manitoba teens hand over suicide notes at a concert 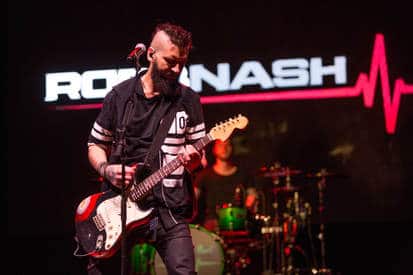 Robb Nash was on the path to becoming a major commercial success, topping the charts and touring with some of the biggest names in the Canadian music industry.

Instead of pursuing a career with his band Late on Arrival, Nash made an unusual choice by tearing up his record deal and trading concert stages for school gyms.

“Doing some big shows was amazing, but I really wanted to do something that wasn’t just successful, but rather significant,” says Nash.

Through the Robb Nash Project, Nash and his band have an opportunity to change – and save – the lives of young people who feel hopeless and lost. The award-winning Project encourages teens to make positive life choices through the power of music.

Music saved Nash’s life after a horrific car crash with a semi-truck in his teens. His skull was shattered, he wasn’t breathing and he was found with no pulse at the scene.

Against all odds, he was revived by the first responder but didn’t walk away unscathed. After the accident, he was in a coma, missed months of his memory and underwent skull, chest and shoulder reconstructive surgery. He suffered from depression for over a year during the long and difficult rehabilitation process, but didn’t talk to anyone about his struggles. 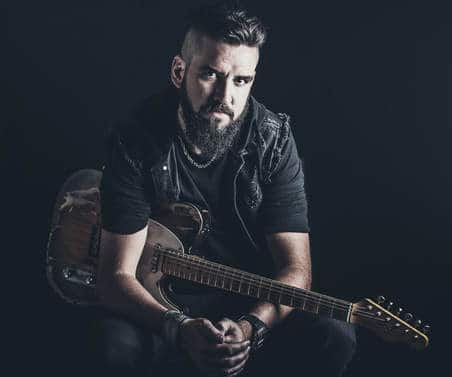 Once recuperated, Nash felt he had been given a second shot at life and put his energy into creating uplifting music to help troubled youth.

“I wondered how many others were suffering in silence, considering suicide like me and not talking about it,” says Nash.

To date, the Robb Nash Project has reached over one million students. They’ve received over 683 suicide notes and collected hundreds of razor blades and bottles of prescription drugs – all from students moved by his music.

These teens inspired Nash to further commit to his mission by tattooing the signatures of the first 120 suicide notes he received on his right arm. One of those signatures belongs to Taylor Bowman, who first saw the Robb Nash Project perform at her school, Nelson McIntyre Collegiate, five years ago.

“When I was 15, I felt very alone, and then when the guys came to my school and played a show, that’s when I realized I wasn’t alone,” says Bowman. “I’m much more open and able to talk about what I went through.”

It’s the impact of these personal stories that motivates Nash to continue building the organization, reaching out to partners like the TELUS Manitoba Community Board to make a difference in regions where his voice and his story needs to be heard.

As a recent recipient of one of TELUS’ community grants, the Robb Nash Project now has more resources to run a robust program in Manitoba.

“Organizations like the Robb Nash Project make a tangible difference in the lives of youth in our community,” says Dave Johnston, Chair of the TELUS Manitoba Community Board. “Our board members are committed to finding and funding youth-focused charities that are helping our next generation succeed. Hearing stories from young people like Taylor reinforce the importance of this innovative initiative, which wouldn’t be possible without the generosity of TELUS and its customers.” 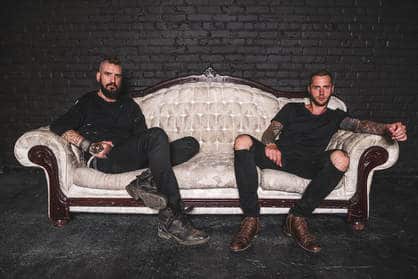 Very soon, local youth will have an opportunity to meet Nash and connect with his story. The performances are scheduled to run at various Manitoba high schools from October to February this school year.

“There are so many people that don’t know about the resources available to them, and we’re just trying to get them to seek the help they need,” says Nash. “It’s amazing when one person opens up and others see they’re not alone. There’s so much power in that.  When someone’s heart starts to fail them, the world around them comes running to help.  But when someone’s brain starts to fail them, the world runs away. We are trying to change that, because we’re losing some really amazing and talented people to addiction and suicide.”

Thanks to the Robb Nash Project, many young Manitobans now reach out before they resort to self-harm. By creating authentic connections with these teens, Nash’s messages of hope will continue to make a difference in helping these youth succeed.

The next deadline for the TELUS Manitoba Community Board (grants supporting registered grassroots charities for up to $20,000) is January 15, 2018. Interested organization should apply online here.