What Manitobans need to do about NAFTA 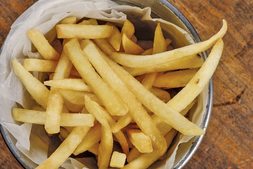 Our provincial economy heavily relies on trade, which makes good trade policy important to all Manitobans. Free trade allows our companies access to new markets and more consumers, which leads to increased demand for their products which creates more jobs here in Manitoba. As well free trade lowers the cost of goods and services, by reducing tariffs and fees. Consumers also get access to a wider variety of goods and services.

Unfortunately free trade is under attack. Recently in Montreal your Chamber joined with 24 other Chambers from across Canada, the United States and Mexico to re-iterate the importance of the North American Free Trade Agreement (NAFTA) to our three countries. Across the three nations, 20 million jobs are dependent on inter-continental trade, and five million U.S jobs are directly tied to NAFTA.

Aside from the jobs, NAFTA has given us greater access to more products at lower prices. Take hamburgers for example. What may come across as a simple product is heavily dependent on inter-continental trade. The U.S imports almost $700 million of frozen fries from Canada each year, with a lot of product coming from Manitoba. If NAFTA falls apart, tariff rates on Canadian frozen potatoes to the U.S will come in at 8 per cent, a cost increase that will be passed on to consumers.

An almost 10 per cent jump in costs is significant for any product, and you can be sure people will start buying less fries. People buying less fries means we won’t have to produce as many, which will reduce incomes and lead to fewer jobs. It starts a dangerous cycle. As over 70 per cent of our exports go to our southern neighbours and we receive 80 per cent of our imports from them, the importance of that trading relationship can’t be understated. 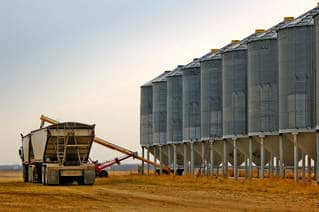 This makes diversifying our markets essential, and there are positives on the horizon. The Winnipeg Chamber supports the recent conclusion of the Comprehensive and Progressive Agreement for Trans-Pacific Partnership (CPTPP). Formerly known as the TPP, the trade deal opens up trade between Canada and 10 other countries. By opening up access to a market of close to 500 million people, this trade deal well help boost our gross domestic product by over $4 billion. As well the recently completed Canadian European Free Trade Agreement will boost Canadian incomes by almost $900 for a family of four.

So what can you do to help? Pick up the phone and talk to your U.S and Mexican friends, colleagues and business partners about the importance of NAFTA. Encourage them to spread the word. Working together we have much better odds of creating a prosperous continent.