September 13, 2017
For 70 years, the Winnipeg Symphony Orchestra has been a leading voice for culture  in our city; a champion of Winnipeg’s artistic identity and soul in a rapidly changing world.
On September 29 we’re thrilled to celebrate their leadership – as well as the individual leadership of Music Director Alexander Mickelthwate – at our first luncheon of our season Leading Teams to Harmony. We certainly expect engaging personal reflections on leadership from one of Winnipeg’s most charismatic advocates, along with lessons for businesses that come when you thrive over seven decades of change. 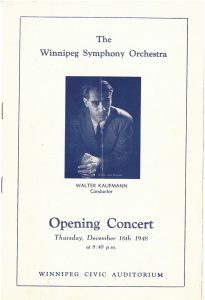 1949: Winnipeg-born cellist Zara Nelsova performs as special guest with the WSO in November

1950: Initial Symphony Ball held at the Winnipeg Auditorium; attendance: over 2000, plus 100 musicians, largest number ever assembled for one social function in Winnipeg’s history, January 12

1952: Kaufmann starts a series of concerto workshops for young gifted local soloists, which gave the budding artists an opportunity to rehearse and perform informally with an orchestra

1954: Winnipeg-born cellist Zara Nelsova returns to perform as special guest with the WSO in December 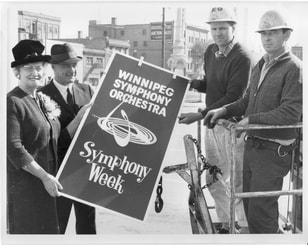 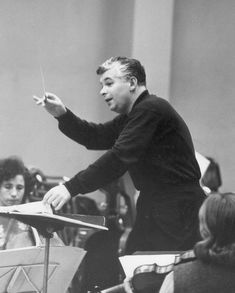 1958: Victor Feldbrill starts as Music Director; WSO more than doubled its annual performances from 17 to 37

1959: Pianist Glenn Gould returns to perform as special guest with WSO, October (his first ever performance of Brahms’s Piano Concerto No. 1, of which a CD of this performance was recently released).

1962: WSO now playing 12 subscription concerts (there are nearly as many Sunday afternoon Pops, and four times as many school concerts)

1966: Arthur Polson becomes concertmaster of the WSO; WSO returns to Saskatchewan on tour

1970: Piero Gamba leads the WSO on tour in Ottawa and Toronto, November

1972: WSO launches its season with the first of many Concerts in the Park and drew 15,000 people, the largest audience to attend an arts presentation in the province’s history to date, Labour Day weekend. Cellist Mstislav Rostropovich performs as special guest, February

1991: WSO tests the waters for the feasibility of a New Music Festival with a pair of events called A Portrait of Sophie-Carmen Eckhardt-Grammatté, Jan & Feb

1994: During a New Music Festival concert, the stage lights burned out and left dancers in the dark. They didn’t stop the performance and Hugh Conacher, technical director, fixed the problem in a matter of two or three minutes.

1995: WSO’s morning concert series at the MB Cancer Treatment & Research Foundation began during the Christmas season. A similar program is now known as Artists in Healthcare.

1999: WSO had its first “Summer Season” including a concert at The Forks and in Kenora, the first time it performed outside the province in 20 years

2004: WSO goes on a northern tour to The Pas, Flin Flon, Thompson, Gillam and Churchill with Boreyko 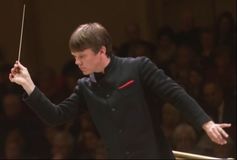 2014: The WSO travels to New York to perform at Carnegie Hall for a second time in the Spring for Music Festival, May

2017: The WSO celebrates its 70th Anniversary

Reserve Your Ticket to Leading Teams to Harmony, Friday, September 29