May 15, 2018
Every month, we ask different participants of our Leadership Winnipeg class to blog about their experience. 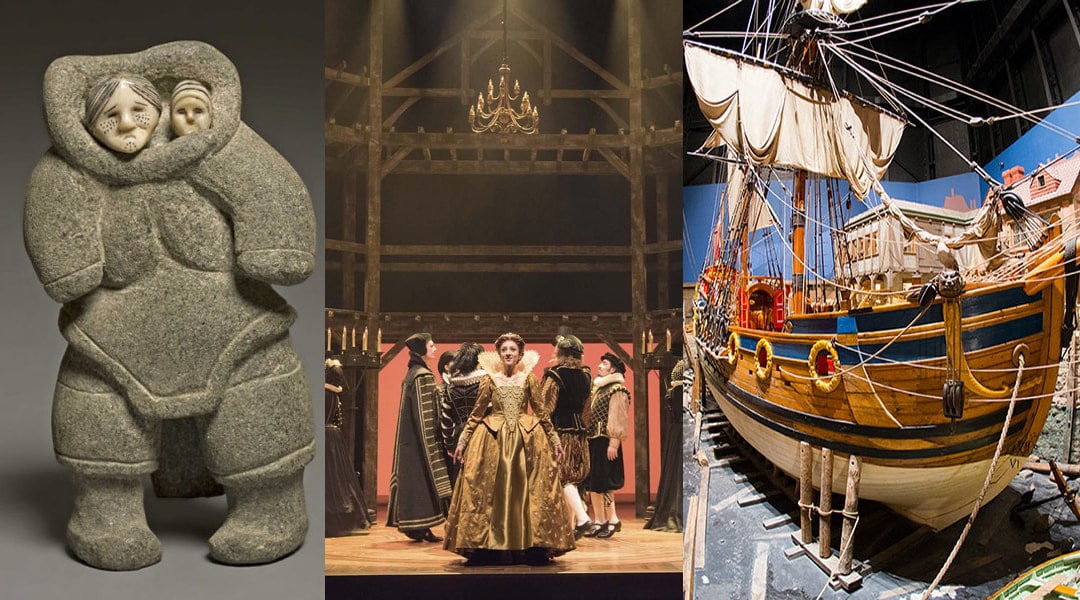 Leadership Winnipeg dedicated its most recent session to exploring arts and culture in our city. The class was hosted at the Royal Manitoba Theatre Centre, and we were lucky to get a behind-the-scenes tour of the building.
Elaborate set pieces are made on site, with unexpected materials used to make furniture lighter and easier to move. The prop room is filled with unique finds that can be reused for future shows. We even got to go below the stage and see the magic of how their trapdoors work!
The day began with a talk from Steven Schipper, Artistic Director of the Royal MTC. He is a down-to-earth leader who gave some exceptional advice. Steven recognizes there are many types of leaders and it is an evolving process. In his definition a leader is “someone who doesn’t sleep until all the people they are responsible for can sleep securely.” 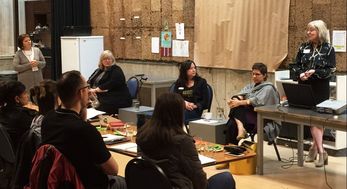 A panel of local arts leaders filled us in on the current civic culture affairs and the importance of these organizations to our city. I spent a lot of time at the Manitoba Museum growing up, so I was excited to hear from Heather Laser, Director of Philanthropy, how they will be upgrading the exhibits to be more interactive and will include a new Winnipeg exhibit to reflect our city’s diversity. Similarly, the Winnipeg Art Gallery will be working on a new project in time for Manitoba’s 150th anniversary in 2020 with the opening of the Inuit Art Gallery. The arts and culture institutions work in partnership with each other with a common goal of elevating our society.

The day ended with a panel of participants in the music, film and TV sector in Winnipeg.  It was exciting to hear all the talent that resides in Winnipeg. Leslea Mair of Zoot Pictures chose to relocate her company here from Saskatchewan, which I think speaks to the desirability of this city.
​
The theme of the day was that arts and culture is important to the well-being of a society.  We are lucky to be living in a city that has so much to offer and continues to challenge itself to grow.

Leadership Winnipeg is grateful for the support of our Vision Partners