The number one threat to America’s economy – border taxes 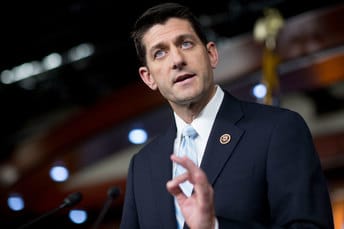 This article originally published by the Canadian Chamber of Commerce.

​We’ve all been so focused on the renegotiation of NAFTA—the lists of demands (ours and theirs), how long will this drag on for, rules of origin—that maybe we’ve missed a much bigger threat to North American trade. The proposed Border Adjustment Tax might be a bigger problem because it’s more immediate and because the darn thing might actually pass.

Firstly, let’s just call it a ‘border tax’ because it’s a 20% tariff on imports and it exempts exports from corporate income taxes. This is an obvious violation of World Trade Organization (WTO) rules according to every expert we’ve talked to. In fact, the Peterson Institute for International Economics has calculated that if the U.S. goes ahead with the border tax, U.S. imports would decline by $200 billion, and the WTO could authorize a staggering $370 billion of retaliation by trading partners. So why would Congress and the Trump administration even contemplate such a thing?

The answer is: revenue. House Speaker Ryan is pushing a tax reform package that would reduce corporate tax rates from 35% to 20% and lower the top personal income tax rate from 39% to 25%. All of this could cost $1.8 trillion over 10 years, so the big question is how to pay for it.

The border tax is bad policy, but it’s simply the only conceivable way to raise $1.1 trillion of revenue and pass the tax reform. And it can be pitched as improving competitiveness because it reduces the corporate tax rate to 20% in such a way that imports can no longer be deducted from income—but export revenues are. So, effectively, it acts as a 20% value added tax on imports, a corporate income tax on domestic U.S. production and a subsidy for exports.

Spare a thought for the Republican congressmen from the party of Reagan, for 70 years the proud defenders of free trade now pondering the biggest trade-destroying tax hike since the Smoot-Hawley tariffs of 1930. Understandably, the U.S. business community is split. There’s a group of all the major retailers and importers called Keep America Affordable that vigorously opposes the border tax. They see it as an existential threat because their tax bill on imports would be many times greater than their operating income. On the other side are the large manufacturers in the American Made Coalition that would benefit from a border tax by eliminating foreign competition. 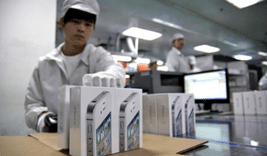 These manufacturers that think they might benefit are mistaken. After a sugar-high of profitability in the first year, they would struggle with lower trade, higher prices and angry consumers. More importantly, consider that Apple uses 172 major suppliers in 40 different countries to produce the iPhone. Apple has the gold standard in global supply chains, which is a tremendous competitive advantage. You can only get the best quality parts at the best prices by going out to the most innovative companies in the world. Withdrawing from those global supply chains in order to avoid a border tax would hurt American competitiveness. And if only European, Canadian and Asian competitors keep global supply chains, they’ll one day eat America’s lunch.

Ultimately, border taxes aren’t paid by big multinationals—it’s consumers and the working class that get hit. Imagine their fury when the price of everything at Walmart goes up 20%: baby clothes, shoes, electronics, cans of tuna. Oh, and gasoline prices would increase 30 cents per gallon.

This is the message that we’ll carry to our allies south of the border. Because they have to know it’s not just bad for foreigners, it’s bad for America.