TappCar celebrates one year in Winnipeg 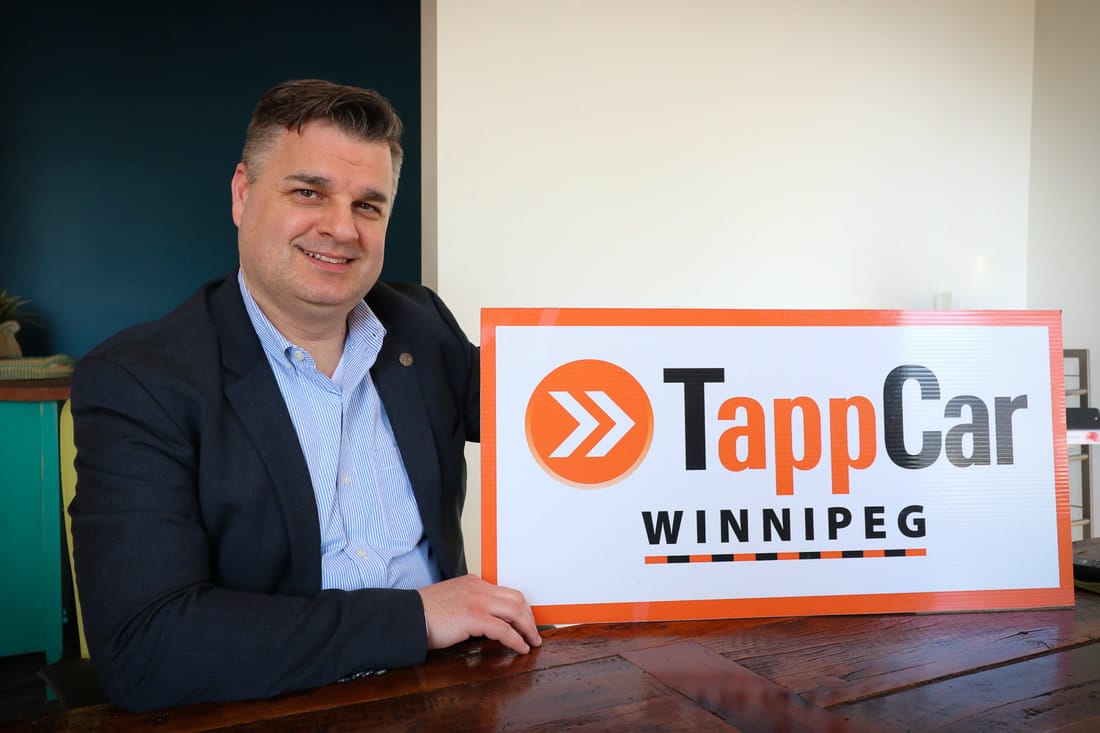 John Morris, TappCar spokesperson.
​​March 2, 2019 marked the official one-year anniversary for TappCar in Winnipeg, and you could say business has been good. The ridesharing company touched down in Winnipeg in March 2018 with a fleet of 50 drivers, and operates today with more than 700.

And while the high demand for a ridesharing service in Winnipeg certainly played a major role in TappCar’s enormous growth, the timing of its arrival didn’t hurt either.

“Within the first month we went from an initial launch, to the ‘Whiteout’ and Jets playoffs in April, and it just skyrocketed,” says John Morris, TappCar’s Winnipeg spokesperson. “The number of people not only going to the Jets games but going to the Jets parties, the downtown ‘Whiteout’ parties, it just created a whole additional demand for peak times, and that’s when TappCar really kicks in; those peak opportunities when other services are a little overwhelmed, TappCar is able to come in and provide that service to increase transportation options out there.”

Since TappCar had already been operating for a couple of years in Alberta, when the bylaw allowing ridesharing companies to enter Winnipeg was passed late in 2017, TappCar was able to seamlessly enter into the market a few months later, while other smaller and start-up companies struggled to get their systems off the ground quickly enough to be competitive.

Today, TappCar is the largest ridesharing company in Winnipeg.

“It was an underserved market,” Morris says. “The number of taxi licenses had been stagnant for quite some time, and this led to shortages at peak demand times. So during a Jets game, Bomber game, or during a concert, it led to long delays. The general population that uses taxis and busses and other public transportation, was seeing a breakdown in service delivery for them.

“The experience with TappCar is about the convenience the app, and it is definitely relative to the current capabilities of most people, with their smartphones. The vehicles also have to be within 10 years old, so one of the other common complaints about taxi service was of the quality of the vehicle. There were a lot of negative experiences prior to the introduction of rideshare in Winnipeg, and TappCar has been able to provide a quality, cost-effective safe means of getting from point A to B.”

And as TappCar’s fleet continues to grow, turnaround and wait times for customers has only continued to improve, with ride numbers in the thousands during peak times.

“The uptake has been incredible, amazing,” Morris says. “Winnipeggers really wanted a rideshare service, and the mayor and premier recognized that there was a demand for this kind of product, and the response to the allowance of it to occur has been met with fantastic public support.”

TappCar’s service in Manitoba currently only extends to Winnipeg and Steinbach, but there are plans to expand into Brandon later this year.