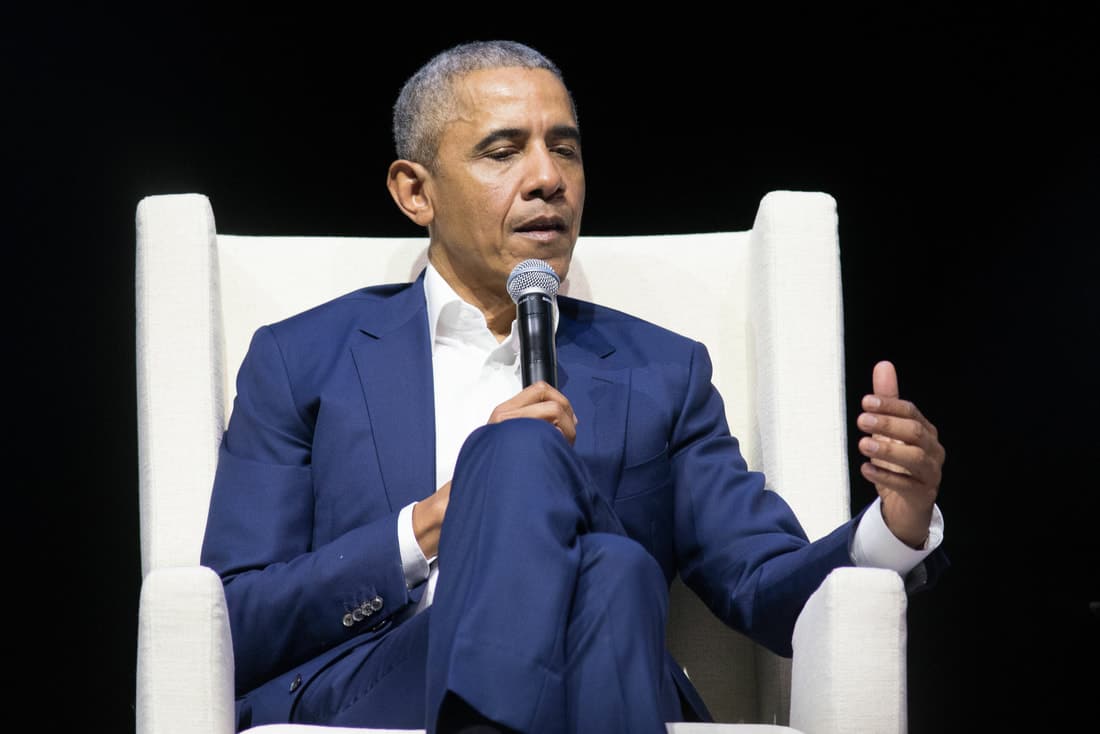 (Photo by Dwayne Larson/TINEPUBLIC)
On March 4, 2019, The Winnipeg Chamber of Commerce hosted A Conversation with President Barack Obama in front of a sold out crowd of more than 12,000 at BellMTS Place.

President Obama spoke for more than an hour, on topics spanning his time in office, relations between Canada and the United States, the Obama Foundation, his wife and daughters, and more.

Here are six critical messages that we took away from A Conversation with President Obama:

1. People are all the same

​“We all have common dreams, common hopes, common struggles.”

​Obama explains that while we are individually shaped by our own unique experiences, at our core, we all want the same things for ourselves and our loved ones.

2. Have faith in today’s young people

​“They’re trying to get away from the baggage that we hoist on them.”

​Saying that the youth of today are far more tolerant of race, gender and sexual orientation, Obama uses his own daughters Sasha and Malia as an example, explaining that it has never even occurred to them to treat someone differently because of something like race.

3. Don’t be afraid to have people who are smarter than you in the room

“You can’t be an expert on everything.”

​Obama is frank about many instances during his tenure as President when he relied on the people around him to explain things that were outside of his knowledge and expertise.

​“If you have no women in your meetings, you are probably not a very good organization.”

​“In this day and age, if you don’t have some racial diversity, and the perspectives of those who know what it’s like to be on the outside looking in, you’ll have some unpleasant surprises later on.”

​Obama says that the large majority of all of his parental advice to his daughters boils down to these two basic principles.

​“Progress is not inevitable. We can go backwards.”

​Obama’s warning is stark and absolute. Positive change does not happen organically, and often requires great courage to take a stand and push back against injustice.