October 30, 2018
APTN launched in 1999 as the first national Indigenous broadcaster in the world, creating a window into the remarkably diverse mosaic of Indigenous Peoples. A respected non-profit, charitable broadcaster and the only one of its kind in North America.
Before this year’s 10th Annual Spirit of Winnipeg Awards, we asked APTN what makes them successful, what they love about Winnipeg, and who they wish to inspire. 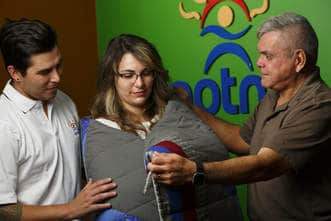 1. What do people need to know to understand who your organization is?
APTN is the world’s first national Indigenous Television Network and Canada’s only independent national Indigenous network.APTN provides platforms from which Indigenous Peoples (First Nations, Inuit and Métis) can tell their stories – share their stories with all Canadians via APTN’s programming and news platforms – via traditional TV – via social media platforms. (APTN launched because Canada’s Indigenous populations believed that mainstream media did not allow for the telling of our stories.)Through documentaries, news magazines, dramas, entertainment specials, children’s series, cooking shows and education programs, APTN opened a window into the remarkably diverse worlds of Indigenous Peoples in Canada and throughout the world. 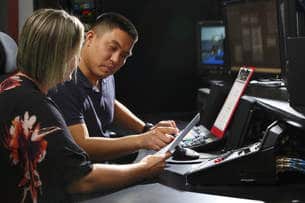 2. Who do you help with what you do?
We bring the stories that matter most to Indigenous and non-indigenous Canadians. We’ve also maintained our commitment to reconciliation.
In the Truth and Reconciliation Commission of Canada’s 94 Calls to Action, number 85 specifically states:

3. Who do you credit with your success?
Our people.
APTN understands that its continued success is paramount and contingent upon the people that the network recruits. That is why in addition to supporting the professional development of staff, APTN is committed to fostering the talent and skills of young and emerging Indigenous Peoples. Through work placement, internship and mentorship programs, the network offers unprecedented opportunities for First Nations, Inuit and Métis media professionals.The network creates significant employment opportunities and offers a healthy and positive workplace for employees to learn, thrive and grow – both professionally and personally. APTN’s ultimate goal is to help its employees reach their true potential, celebrate their achievements and encouraging employee excellence, volunteerism and community involvement.Also, when APTN launched, there were very few Indigenous Peoples trained in the broadcasting industry. The network’s first hires were predominantly non-Indigenous. Through APTN’s training and development programs, including mentorships, the network was able to overcome the shortage. And today, we are proud to see that 65% our employees are of Indigenous ancestry. 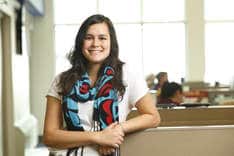 4. What does Winnipeg mean to you?
Winnipeg means a meeting place to us and our ancestors who came before us. It is located on Treaty 1 Territory, the traditional territory of the Anishinabek and the homeland of the Métis nation. APTN’s head office is centrally located in Winnipeg to convey the stories from regions straight across the country.Being central makes us accessible. Winnipeg is also a location with a deep talent pool and has one of the highest urban Indigenous population in Canada.​
5. Who do you want to inspire?
The youth! They are our future. We state it in our mission:“APTN is sharing our Peoples’ journey, celebrating our cultures, inspiring our children and honouring the wisdom of our Elders.”

Do you know a business making Winnipeg better?

The Spirit of Winnipeg Awards Gala gives award finalists and recipients a community spotlight, media coverage, invaluable networking opportunities and well-earned praise for their contributions to our city for all Winnipeggers.