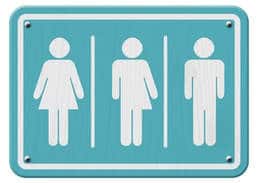 The Winnipeg Chamber: What laws/rules exist in Manitoba around transgender employees?

Cynthia Lazar: The Manitoba Human Rights Act provides that employees cannot be discriminated against on the basis of sex, gender identity, or sexual orientation, unless there is a genuine occupational requirement which impacts on this.  For example, when you are patted down as part of security clearance in the airport, people presenting as male are patted down by a male agent, and people presenting as female are patted down by a female agent.  There is a genuine occupational requirement for that, so an employer can post an opening for a security agent position requiring a particular gender.

WC: Washrooms keep coming up in disputes around transgender rights. What advice do you have for your clients and business owners around gender-specific washrooms and access?

CL: The general rule is to allow transgender employees to define themselves.  They should be called by the name or pronoun of their choice, be allowed to wear “gender specific” clothing of their choice, provided it is appropriate for the workplace, and be allowed to use the washroom of the gender with which they identify.  I have been asked what to do with respect to other employees who feel uncomfortable with sharing a washroom with a transgender coworker.  My advice has always been to tell them to get over it.  They can close the stall door.

CL: The main point is that individuals should be allowed the dignity of defining themselves, and the gender identity expressed by the individual should be respected.  Employers also need to understand that employees’ needs may change over time, particularly as they move through different steps of transition.  Employers need to go with the flow. 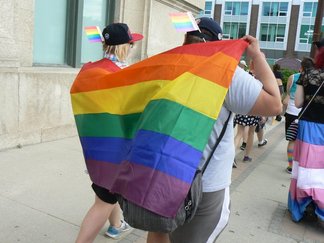 WC: If you had lawmakers’ ears, what rules would you ask for clarity on?

CL: There are a lot of issues with respect to official documents and workplace forms which require a gender designation.  More thought has to be put into determining whether there is an actual purpose to this in each example.  There may be, but if there isn’t, then it shouldn’t be asked.

WC: Are employee forms that use a binary “male/female” compliant with current laws?

CL: There are no laws which specify the use of binary (or non-binary) designations on employee forms. However, that is always subject to change depending on the results of any challenges taken before the Human Rights Commission, the courts or labour arbitration.

WC: What similarities and differences do you see between the legal journey for other groups and transgender people?

CL: Extending human rights legislation or equality rights to new groups is often met with resistance, regardless of the group.  The problems and accommodation requirements often seem insurmountable until they are accomplished.  Looking back in the rear view mirror often results in a shrug of the shoulders and the thought of “what was the big deal?”.  Hopefully, we will achieve the same shrug for trans rights soon.