Our four recommendations for Manitoba’s budget

Manitoba’s economy continues to out-perform its prairie neighbours, but we need to continually improve conditions for a competitive, diversified, and resilient economy which provides a high quality of life to all Manitobans 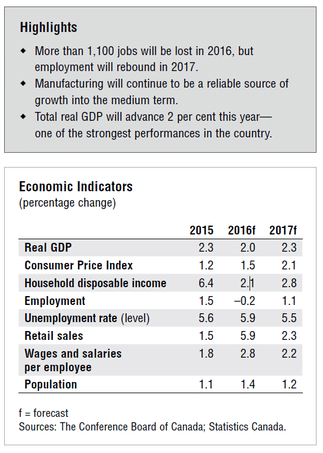 Weaker global performance is keeping expectations modest for the Canadian economy. Infrastructure spending programs have improved prospects in some provinces, including Manitoba, but the Chamber continues to monitor the deficit position and acknowledges that stimulus spending is at best a short-term rather than long-term strategy.

With a strong and diversified economy, Manitoba’s economy is presently out-performing its prairie counterparts. As oil-producing regions see declines in job and GDP numbers, Manitoba remains steady. The Conference Board of Canada suggests that only Quebec, Ontario, and British Columbia will see job gains in 2017.

Although the province’s goods-producing industries are generally healthy, there have been a few disruptions, particularly to vulnerable northern industries. Heavy rain and flooding have weakened the outlook for agriculture, and gains in mining are offset by a slump in oil and gas. Manufacturing is expected to advance by 2.4 per cent and construction by 0.9 per cent; the latter fuelled by large Hydro and infrastructure projects, including Winnipeg’s True North Square and Southwest Transitway. Manitoba is expected to see increases in goods consumption due to the addition of new jobs to the economy in 2017.

We focused our comments to four priority areas:

1. Establish a tax commission to improve the tax system
​
Manitoba’s tax system has been without a comprehensive review for 16 years. We recommend the development of a commission to establish a streamlined tax system, including matching federal-provincial exemptions for individuals, raised exemptions for small businesses, and the elimination of the payroll tax. This recommendation is particularly timely in light of a proposed price on carbon, as it will impact other government cash transfers. 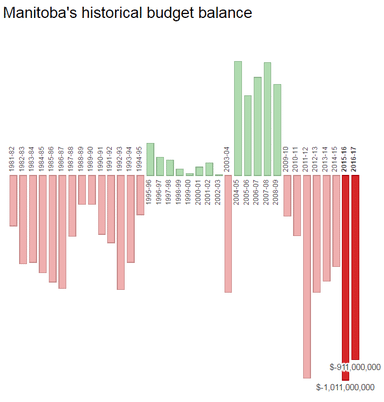 From a regulatory perspective, we recommend participation in a coordinated federal regulatory commission. From a budgetary perspective, we recommend that the government develop an “access to capital” strategy that identifies all stages of capital financing, current capital availability, and local gaps along the entire capital continuum (idea, incubator, angels, venture capital). We also recommend increasing funding to incubators for prototyping and beta testing, and a clear delineation between commercialization and innovation or research.

To complement the earlier recommendation in social enterprise training, engage education leaders in a comprehensive review of Manitoba’s education outcomes to ensure they are in line with the needs of industry. This includes a need to improve outcomes in primary, secondary, and post-secondary education (reading, math and science skills), as well as college and trades-oriented schools. In addition, we recommend re-examining ways of re-opening the “employer direct” initiative of the Manitoba Provincial Nominee Program, which allowed employers to directly nominate individuals for permanent residency.

3. Outline your plan to reduce the deficit
​
While Manitoba’s provincial debt remains the 4th lowest in Canada for 2015-16 (at 1.3% of GDP) according to RBC Economics Research, its expenses are somewhat higher relative to other provinces. Manitoba can improve its credit rating and economic outlook by outlining a plan to get the deficit under control, partly by creating a culture in the public sector that inspires and rewards employees for finding efficiencies.

Manitoba’s credit rating was downgraded by Standard & Poor’s partly because Manitoba is expected to have a sustained debt burden over the long-term. With a year-end deficit for 2016 of over $1 billion, the government must signal to the investment community that we are ready to improve our fiscal position.

In addition to independent recommendations, we suggest tying provincial collective agreement compensation adjustments to the average weekly earnings and CPI for Manitoba. Broadly speaking, we also encourage the government to seek opportunities for modern technology and procedures to enhance both service and communication to citizens.

We also recommend that the government consider the February 2015 Manitoba Social Enterprise Strategy, which may multiply the impact of dollars spent in the private (or “third”) sector which would otherwise be spent directly on government services.

Finally, there may be an opportunity to significantly reduce the bureaucratic costs associated with the delivery of cash benefits while simultaneously improving social outcomes. We recommend that the province consider the creation of a basic income pilot project in 2017 that would improve social outcomes, workforce participation rates, and administrative efficiency.

By improving our tax system, improving our pools of labour and capital, seeking better value-for-money in government services, and outlining a plan to improve our fiscal position, the Chamber believes that we can improve the wellbeing of all Manitobans for generations to come. These measures can create not just a more desirable investment climate, but it positions our city and province as a desirable and dynamic place to live.