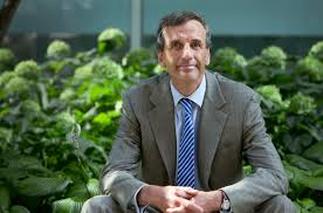 ​The Winnipeg Chamber: Are you hopeful?

Scott Vaughan. Yes, and here’s why.  Markets are seeing stronger returns in greener, cleaner investments.  One example: in 2017, global investments in renewable energy added up to more than US$2 trillion. This market pull is combined with a regulator push, from market regulators and investors counting up their climate risk in the same way as other material risks. And, of course, governments are sending clearer signals that climate change needs to be addressed. There are ongoing debates about how best to do this, but we’ve moved from “if” climate change ought to be addressed to “how.”

WC: There are so many subjects to focus on – sustainable infrastructure, agricultural adaptation, renewables, etc. – how do you and IISD set priorities?

SV: Like any business, IISD adjusts its priorities and chooses its partners based on a clear strategic plan. Some things are harder to predict, like what the White House will do on NAFTA or the World Trade Organization. But other things we can be more certain about.

For example, we do know that U.S.-Canada relations transcend the daily grind of politics. We know that China will remain focused on its current five-year plan, that big investors are looking at longer-term climate risk, that science is clear about the fact that freshwater challenges are magnifying, and that a younger generation sees clear links between values, public policy expectations and consumer loyalty.

WC: A University of Montreal study (2015) shows that while a significant portion of Canadians believe human activity is mostly or partly contributing to climate change, 39 per cent do not.  What’s your reaction to holdouts?

SV: To be honest, I’m not sure why we keep taking surveys on an issue as complex as climate change. I’m an economist, but if I’m asked what I think about monetary policy and new Basel loan loss provisions, I’d say, ‘thank goodness for experts.’

Without a doubt there is a divide along political lines. This is magnified in the U.S., where – for instance – 70 per cent of Democrats trust scientists to describe climate change fully, compared to 15 percent of Republicans. Climate change has clearly been a focus of fake news.

The good news in Canada is the gap is narrowing. While the University of Montreal survey showed 39 percent do not believe in climate change, an April 2018 survey shows this number has dropped to around 33 percent of Canadians. Still, the clear majority do. There are strong debates about how to tackle climate change, but that’s the case for other important public policy issues in Canada too, from health care to reconciliation. 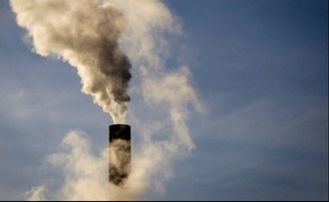 WC: Any thoughts on how Canada and the provinces are approaching carbon pricing?

SV: There’s a lot of interest in how Canada is addressing climate change, given our economic mix – from oil and gas, to agriculture, to the Arctic. Given the nature of our confederation, Canada naturally must try different tools – the federal government has roughly 26 different climate mitigation measures in play right now – but also action from provinces and territories, cities and business.

Carbon pricing is textbook ‘first best’ economics. But the real question isn’t the measure, but the level of ambition, and how these different measures stitch together.

There’s an interesting group that has formed in the U.S called the Climate Leadership Council. Their founding board includes notable Republicans – James A. Baker, George P. Shultz, as well as Lawrence Summers, Michael Bloomberg, the late Stephen Hawking, and others.  Their approach to climate change is four-fold: 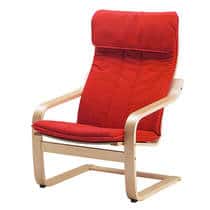 WC: Can you share some of your favourite examples of companies embracing SDGs and profiting?

SV: There are lots. The mining company Vale has mapped its global operations to the Sustainable Development Goals and set out targets most relevant to their goals and corporate values. These range from supporting a new generation of impact benefit agreements with local communities, setting in place clear freshwater management targets, promoting biodiversity and protected areas, installing renewable energy and supporting human rights. Anglo-American is another example.

Big players in global supply chains – think of Apple – have clear targets for renewable energy throughout their supply chain, and a commitment to be carbon-neutral. Ikea has committed to ensuring 100 per cent of its cotton supply is sustainably sourced, and 50 per cent of its wood supplies. Unilever remains a leader in making the SDGs tangible to their operations.

WC: What’s occupying your time and energy these days?

SV: I’m just back from a trip Disney, so I’m recovering from hugging my daughter’s favorite characters and surviving the rides!

IISD is preparing for its next strategic plan. This coincides with marking our 30th anniversary in 2020. One thing that hasn’t changed in three decades is our strong sense of belonging to the Winnipeg community. But like any business, you can only rest on your past accomplishments for about five minutes before you need to look ahead and start planning.  So I’m spending time thinking about how IISD can work with U.S. partners in the stunning absence of leadership from the U.S. federal government, how we are and will work in China, how IISD can leverage its current partnerships to show progress is happening and that we can work together.

That’s outside. Inside, making sure younger, talented colleagues have a place that lets them thrive is really important. Today, when we recruit young leaders, they are interviewing old guys like me to test if we can meet their values and expectations.

WC: What can attendees at your May 18 keynote expect to take away from your talk?

SV: Sustainability and low-carbon pathways aren’t a fringe issue any longer; they are now mainstream finance and business realities. ​