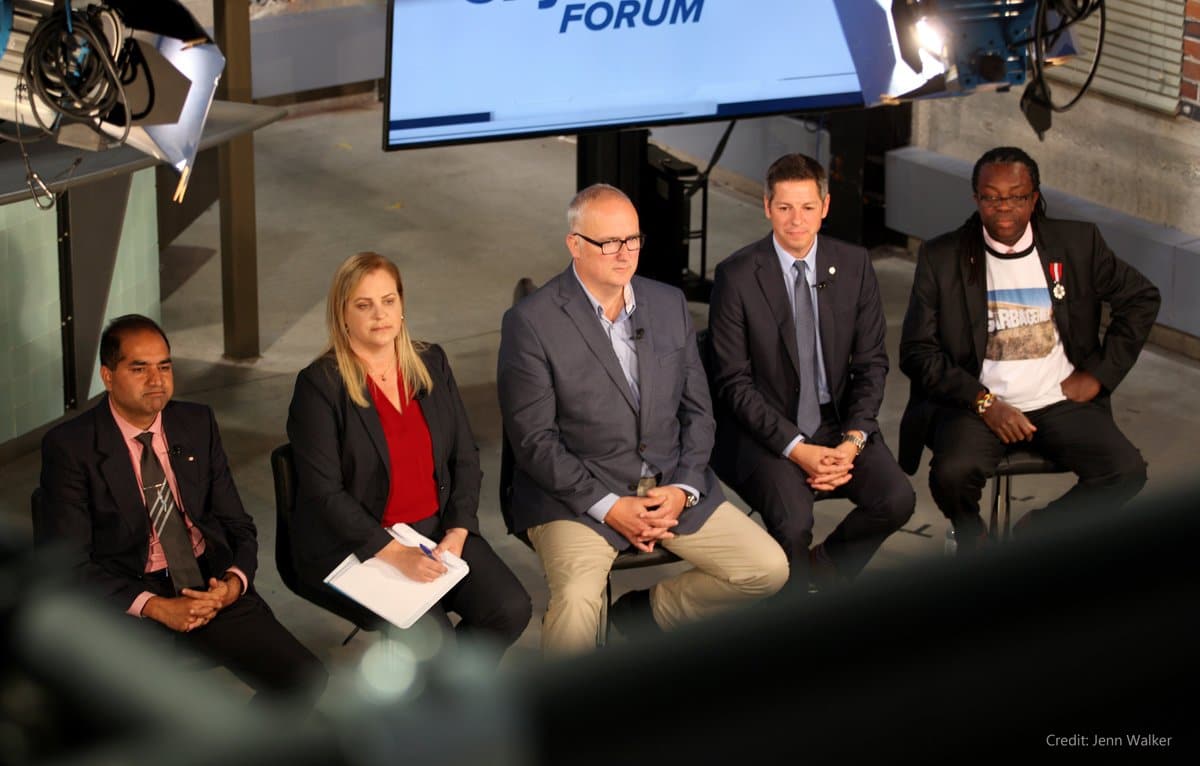 Photo Credit: CityNews Winnipeg (https://twitter.com/CityNewsWPG)
​A big shake-up is on the way for city hall in next month’s civic election, with at least five new faces expected on council, and several major changes to ward boundaries.

And due to a ward boundary change, Councillors Scott Gillingham (St. James – Brooklands – Weston) and Shawn Dobson (St. Charles) are facing off against each other in the newly combined St. James ward, meaning at least one of them won’t be returning to council.

In the south end of the city, Janice Lukes has already been acclaimed as councillor for a new ward created to serve the growing Waverley West community, and her former St. Norbert ward has been combined with parts of St. Vital to form a new St. Norbert – Seine River ward where no incumbent is running.

Nine other wards have had adjustments to their boundaries, with significant changes in St. Vital, St. Boniface and Point Douglas, all of which have had large neighbourhoods added or removed.

According to a Probe Research/CBC poll conducted in late August, the front runners appear to be Bowman at 22%, and Motkaluk at 11%. But with 57% of respondents saying they’re undecided, the remaining few weeks of the campaign will be important to help Winnipeggers determine who will serve as mayor for the next four years.

The Chamber has already met with several of the candidates for mayor and council, and will continue to engage them during the campaign on issues that are important to the local business community, like business taxes, impact fees, building permits, tendering practices, alternate service delivery models and ensuring labour agreements allow the city the freedom to innovate. We’ll also be discussing our soon-to-be-released position paper on OurWinnipeg, the city’s master planning document.

Winnipeggers head to the polls on October 24th. For information about all the candidates for mayor and council, links to their websites, and a listing of candidate events, see WinnipegElection.ca.