Moving beyond #MeToo with practical steps for leaders 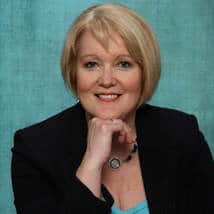 The Winnipeg Chamber: Businesses leaders don’t generally engage with their teams on cultural issues. Why is #MeToo different?

Shona Welsh: There are really two parts to your question. Let me start with the first part – the assertion business leaders don’t generally engage with their teams on cultural issues.

This has not been my experience. Of course there are always certain leaders who do not, but any leader who is serious about growing his/her business, engaging employees and building a work environment that attracts and retains top quality talent is serious about cultural issues.

Take the issue of diversity, for example. Certainly, 20 years ago this wasn’t on the radar in a big way for many of the leaders with whom I worked. But in 2018, it’s a huge issue and one leaders take seriously.

Which brings me to #MeToo. It’s not necessarily different than other cultural issues in terms of long term change. Anyone who’s a student of the women’s movement knows real change can often move at a glacial pace. I think two key things are at play in the #MeToo phenomenon: technology and momentum.

For technology, obviously social media has made the world much smaller and faster – we can know in an instant about an incident that happened in small town Manitoba while living in the heart of Toronto. Like so many other issues, sexual harassment and violence cannot withstand the glare of attention courtesy of technology. With regard to  momentum, #MeToo stories appear to have reached a critical mass in the public consciousness partly due to the prominence of recently accused figures – Harvey Weinstein, Bill Cosby, prominent political candidates and elected officials – and partly due to the fatigue of women in tolerating such behaviour. Whether motivated by profit or by the right thing to do, responsible businesses who want to stay in business ignore the #MeToo phenomenon at their peril. 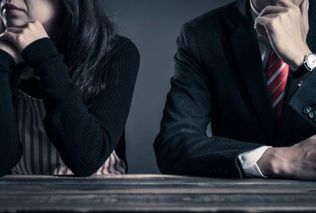 WC: We’ve heard anecdotes from some members that a “chill” has descended on workplaces, with male leaders distancing themselves from female team members to avoid any appearance of impropriety. What’s your reaction?

SW: My reaction is I find this not only unfortunate but I regret it is an (I believe) unintended consequence of #MeToo. This is not the kind of workplace the vast majority of women I speak to want to have.

I am the mother of three sons and each of them has expressed this anxiety in one way or another, despite being respectful and professional young men. They worry they can have their careers destroyed by erroneous accusations. At the same time, I have two daughters who are also in the workplace and I don’t want them to experience the sexual harassment and assault I did. Women want to feel safe and respected at work.

The problem is that there are as many definitions of each of those terms as there are women in the workplace. The answer, I believe, lies in building respectful dialogue between men and women – we are all part of the answer. Isolating men from the issue is not a good strategy. I have spent most of my career working with almost exclusively male colleagues and the vast majority of them are professional, respectful and a pleasure to work with. Creating a workplace culture of blame and division will not get us anywhere on this issue. 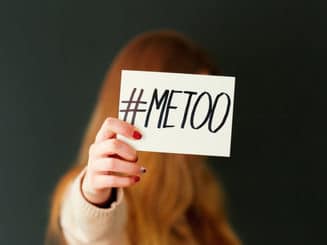 SW: Well I’m not sure what you mean by standards. If you’re speaking about legal standards, I’ll leave that up to the lawyers to answer. If you’re talking about standards of behaviour, then yes, in my experience things do vary from sector to sector and from small to large company. But reality is, there are no hard and fast answers regardless of industry sector or company size. That’s one of the key challenges of #MeToo or any confounding societal issue – black and white answers are not satisfying nor can they cover every eventuality.

As an example, I worked for many years at a large construction company. I can tell you for sure standards of behaviour varied wildly between that setting and when I worked for a provincial government department or post-secondary institution. Respectful and professional behaviour looks different depending on the setting.  None of that means I felt less safe in the construction sector versus the public sector – it was just different.

Similarly, smaller companies can be more responsive to immediate issues due to size but they can also be less responsive due to the closer relationships among staff members. Larger companies can have more comprehensive policies in place and set an expectation of greater responsiveness but it can also be easier to obscure inappropriate behaviour in a large organization. As many of my HR colleagues will tell you, the very unsatisfying answer in all of this is often… “It depends.”

WC: What’s a story from your experience you like to share where an organization changed its culture?
SW: In the construction company I mentioned earlier, I was the first female they had ever hired as part of their executive team. This took some adjusting on both of our parts – them because they had to modify certain behaviours that had become common place in the work environment, and me because I had to be conscious of not taking offense or overreacting to instances of inappropriate behaviour. It was a learning process. We need to recognize that the human condition is such that even with the best of intentions, real change takes place over time – it’s not immediate. We can’t linger on every tiny offense when the overall direction is positive.Two weeks after I started, I attended our international leadership summit where all the men (and me) met during the day and went on to dinner in the evening. Meanwhile, all of their wives (and my husband) had a separate dinner of their own. Apart from the fact my husband was the belle of the ball, when I good-naturedly ribbed the CEO about why we were having segregated dinners, he realized he didn’t have a good answer. So we weren’t segregated after that. It was a small start, but a start nonetheless, and over the next few years many significant changes took root – including the hiring of many more women at all levels of the company.

WC. Why don’t leaders take action on creating a safe, comfortable workplace on their own?

SW: It has not been my experience that leaders don’t take action on creating a safe, comfortable workplaces on their own. Of course there are always some who don’t. But I think it’s important to note a leader first needs to understand there is an issue before they can take action.

Let’s take for example a 2017 study of Canadian executives’ views on sexual harassment (95 per cent male). 94 per cent said it’s not an issue in their business. The third that did know of instances labeled them ‘infrequent’ and ‘rare’. They took a beating in the media for these perceptions, with many women accusing them of everything from obliviousness to willfully obstructing the truth.

I don’t think the explanation is as simple as those descriptors. We don’t have space to go into all the details here, but in describing to male colleagues over the years my experience with a workplace sexual predator, it became apparent to me they didn’t interpret the initial overtures of this predator in the same way me and my female colleagues did. The best analogy I can give is it was like the women had grown up developing ‘radar’ for such situations whereas the men did not. It was an ah-ha moment for me in realizing women and men often exist in two entirely different worlds in the workplace. And leaders – male and female – have a particular responsibility to bridge that gap in perception. Once they understand there is a gap then they truly take action on creating safe, comfortable workplaces. I think #MeToo has highlighted that gap in an urgent and concrete way.