December 17, 2018
Written by Colin Fast, Director of Policy at The Winnipeg Chamber of Commerce 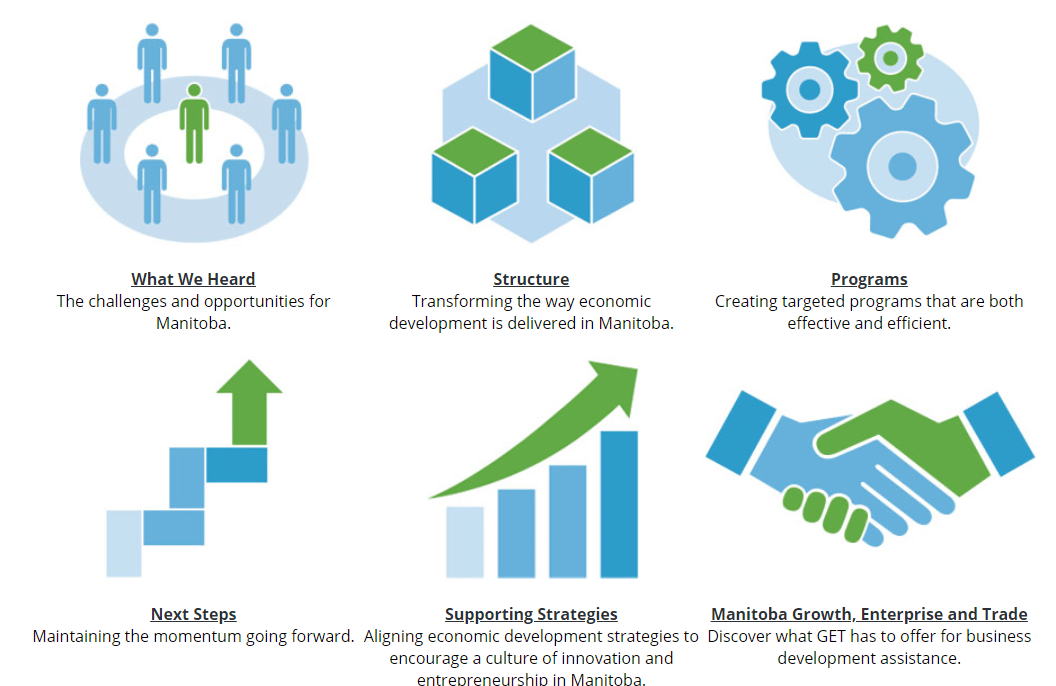 Based on recommendations in the Growing Manitoba’s Economy report – penned by former Winnipeg Chamber CEO Dave Angus and Payworks CEO Barb Gamey – the strategy aims to consolidate some of the province’s business support programs, focus economic development activities more tightly, and empower outside agencies to play a more prominent role.

That will be complemented by a new Manitoba Economic Development Office, which will lead major economic development initiatives and investment projects and collaborate with strategic and regional partner organizations.

The province will coordinate with several outside partners to deliver strategies and services in designated regions or program areas, including:

Going forward, the province has also committed to developing a new access to capital program, and has already announced its intent to create a new framework for the use of tax increment financing to leverage new capital investment.

The Chamber is happy the province has finally released the economic growth plan, and we look forward to learning more details of how outside agencies will work with the government to attract more business to our province. Eliminating overlap between competing programs and agencies will be essential to achieving better results than we have in the recent past.

We’re also encouraged the province has followed the advice we gave in the public consultation process to create an overarching economic development committee of cabinet. Elevating this file to the senior levels of government, and ensuring there is cooperation between ministers and senior staff from a broad range of portfolios will serve our province well as we evaluate and pursue new growth opportunities.

Thank you to our sponsors for helping create such amazing events: ​
Presenting Sponsor

Join us for our next luncheon:
​Effective Modern Marketing
with Terry O’Reilly, Under the Influence, CBC Radio