January 5, 2018
In a recent survey of 1,000 Manitobans conducted by Probe Research, 75 per cent of respondents support conducting a comprehensive, system-wide review of Manitoba’s tax system.
The last time our tax system was reviewed in Manitoba was close to 20 years ago – a lot has changed since then, says Loren Remillard, President and CEO of The Winnipeg Chamber of Commerce, who commissioned the survey.

“These results clearly show Manitobans believe the time for tweaking is over and a deeper dive into the entire system is required,” notes Remillard. “Not only that, but the results are remarkably similar regardless of a respondent’s gender, age, education, income, place of residence and even their voting intentions.” 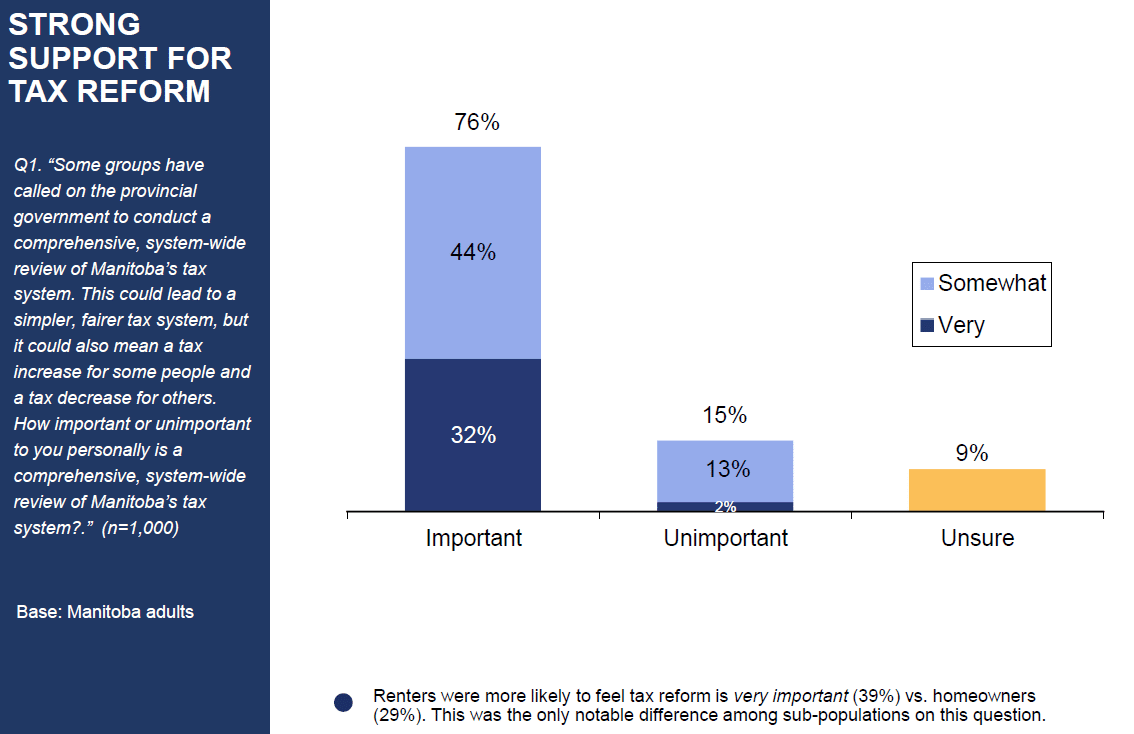 “With carbon taxes coming in 2018 and the promised PST cut on the horizon, now is the opportune time to look at our tax system,” added Remillard. “A fairer, simpler and more competitive tax system is in the best interests of all Manitobans. Our competitors are making changes to their tax system to improve competitiveness and we can’t sit by idly.”

With a sample of 1,000, one can say with 95 percent certainty that the results are (plus or minus) within 3.1 percentage points of what they would have been if the entire adult population of Manitoba had been surveyed.