February 8, 2018
The RFPQ is looking to short-list investment management organizations to then partner on a future request for proposals that would improve access to capital through the establishment of at least one fund. The RFI closes on March 8, and the RFQ closes on March 22. This venture capital work will support the development of the province’s new economic development strategy. Payworks CEO Barb Gamey and former Winnipeg Chamber President and CEO Dave Angus are co-chairing the development of the new provincial economic development strategy. 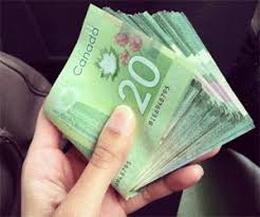 According to the Canadian Venture Capital and Private Equity Association, of the 431 venture capital deals made across Canada in the first three quarters of 2017, only 2 were in Manitoba. We did slightly better on the private equity side, but still only account for less than 2 per cent of all deals done in Canada. As recently as 2014, Manitoba tied PEI as the worst provincial performer in this area, with zero venture capital investment.

Capital is essential to business success. A lack of capital causes businesses to hit a growth wall. In a 2015 survey of the local business community, two-thirds of respondents cited “significant challenges with finding growth capital” as a barrier to growth. The recent announcement was the first concrete step by government to address this long-standing issue.

While this announcement was a step in the right direction, we can’t pretend the creation of one fund will fix the problem. A holistic access to capital strategy is needed that identifies all stages of capital financing, current capital availability, and local gaps along the entire capital continuum (idea, incubator, angels, and venture capital).
​
Without a proper strategy and framework in place, a fund can only fix part of the capital crunch Manitoba businesses face.