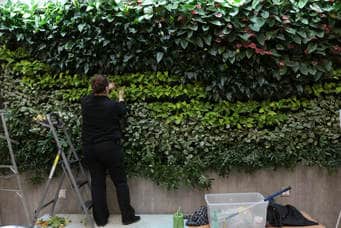 “Wherever I go in the city I want to see more greenery,” said Bouchier. “And I want to be a part of bringing that to Winnipeg.”

Bouchier moved north from Minneapolis after falling in love with her now husband at the Winnipeg Folk Festival. She had hoped to live in a zone eight region – an area like the western coast of the United States, where most plants can grow outdoors all year round. But she ended up in Winnipeg’s much colder zone three environment and is bringing her passion indoors.

“I have to make Winnipeg a zone eight if that’s what I want to live in,” said Bouchier.

It took a while for the horticulturalist to get used to living in Winnipeg.

“I would always come with the response ‘It’s growing on me,’” said Bouchier. “But now I do love it here.” 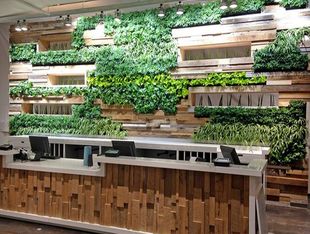 Bouchier says there are many benefits to having indoor plants. According to a study by the University of Technology Sydney, indoor office plants can help reduce employee stress by up to 60 per cent. The same study also showed a reduction in anxiety, depression and anger among people with plants in their office.

“When you go into a building and you see plants, they just automatically make you happy,” said Bouchier, who wants to spread that happiness to people in Winnipeg, especially in winter.

“We all get a little grumpy come January/February,” said Bouchier, laughing. “So it may very well improve the overall Seasonal Affective Disorder that we experience every year.” 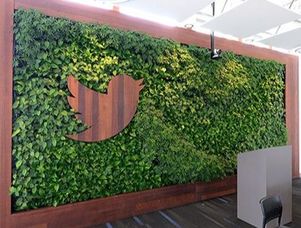 Off the Wall offers three different living walls that can be adapted to a specific office or residential space. Bouchier also makes preserved moss walls that can be customized with a business’s logo or name – a talent she’s developed over her 20 year career in horticulture.

She feels the positive effects of plants every time she walks into a building.
​
“Plants just bring me so much joy,” said Bouchier. “They always have.”