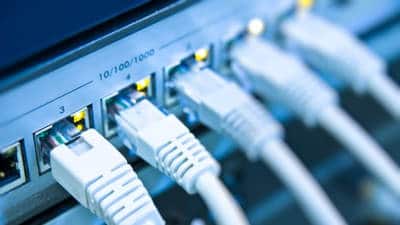 ​One of our pet peeves at the Canadian Chamber is when governments talk about infrastructure investment purely in terms of how many billions they’re spending, often with few details about what the infrastructure is trying to achieve. We worry when the goals are unclear and dollar sums are massive. Imagine someone saying, “I’d like to renovate my home and am unsure what needs to be done, but I’d like to spend at least $150,000.” (And, it’s all borrowed money.)

We decided to flip it around to talk about what we get out of infrastructure, rather than just asking how much money is going in. That’s why we wrote a report called Stuck in Traffic for 10,000 Years. That’s the amount of additional time that commuters in Toronto, Montreal and Vancouver spend stuck in traffic every single year as a result of road congestion. It’s an enormous waste for the Canadian economy to have those people sitting around in cars burning gasoline. That’s why we need to prioritize investments in transportation capacity where they’re needed most. Instead of spreading the money across the country like jam, let’s concentrate on the worst bottlenecks (we’ve got a list).

The third major priority is to build export corridors, in the Asia-Pacific Gateway as well as the Québec-Ontario Continental trade corridor, to get our goods to market. This would significantly improve the long-term competitiveness of Canadian manufacturers.

How are we doing on these investments? This table from the Fall Economic Update shows new spending on infrastructure. Not much (13%) is going to trade and transportation—the things that improve productivity and growth. Canadians must also look to the private sector for infrastructure needs. That’s why we’re excited about the potential of the Canadian Infrastructure Bank.

Let’s take a real world example. VIA Rail is proposing to build a new dedicated passenger rail line between Toronto and Quebec City that would provide more frequencies and improve the convenience, reliability and trip times of connections. The trains would be able to run at their full potential speed of 160 km/h because they would no longer share tracks with freight trains. The line would also reduce congestion by taking 2.4 million cars off the road (that translates into 10.8 million tons of carbon dioxide).

The total cost is $4 billion and could be paid for by the increased number of passengers who will take the train. So the project doesn’t need taxpayers, it just needs financing—some debt that can be paid back over 15 or 20 years. That is exactly what the Infrastructure Bank should be doing.