How to defend Winnipeg’s rep as a Canadian cultural gem

May 17, 2018
Every month, we ask different participants of our Leadership Winnipeg class to blog about their experience. 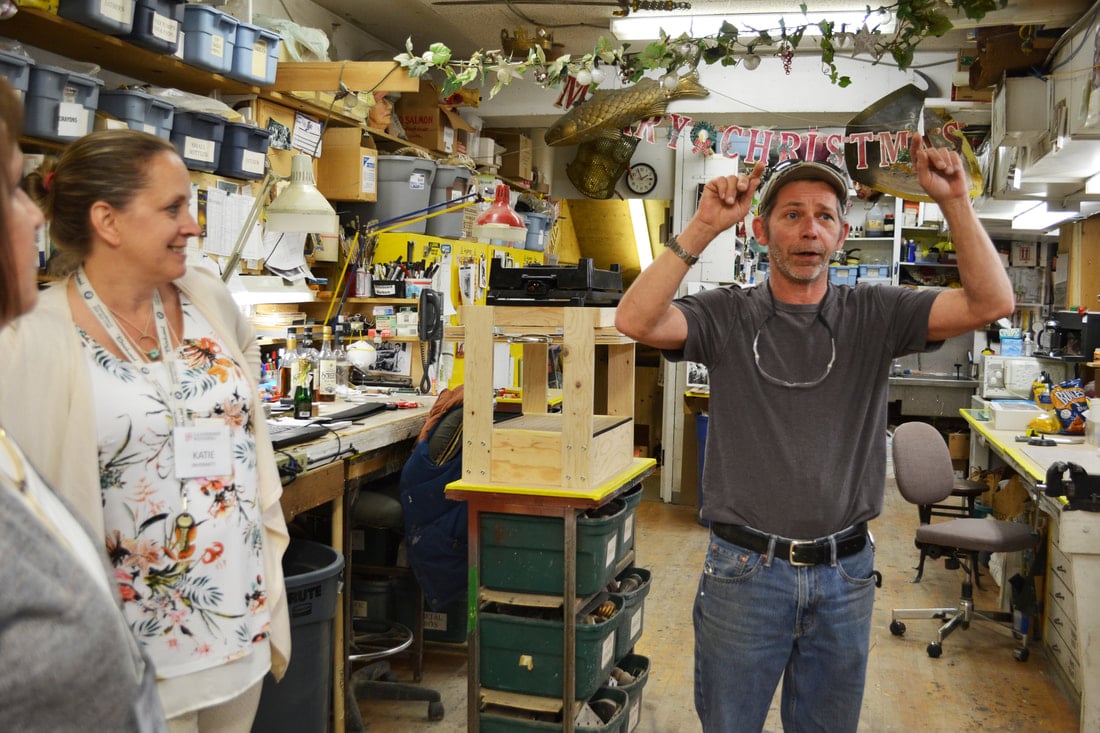 ​Yet again, our Leadership Winnipeg class had the privilege of getting a behind-the-scenes look into Winnipeg’s arts and culture sector. The organizations we had the pleasure of hearing from are long-standing pillars in our community, and do a fabulous job supporting Winnipeg’s international reputation for creativity.
Our day began at the Royal Manitoba Theatre Centre (RMTC). Talent, hard work and creativity was present everywhere – even in the building itself, which is brutalist architecture at its finest. 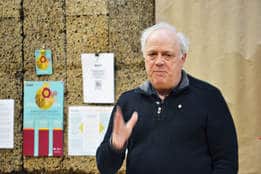 We were able to live many actors’ dreams when we engaged in an intimate discussion with long-time RMTC Artistic Director Steven Schipper, who recently announced his upcoming retirement. Steven spoke of his climb to the top of the Canadian theatre world and described how his leadership style has evolved throughout his career.

We were taken into what felt like a different world as we entered RMTC’s prop room. It was intriguing to hear about creative-problem solving required to build props and sets for theatre. These issues would likely never arise in other types of construction, which speaks to the specialty skills the RMTC staff have honed. 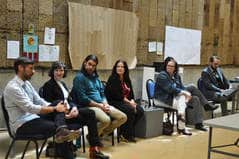 Next, we heard from a performing, visual arts and culture panel, which consisted of local leaders from Manitoba Museum, Winnipeg Art Gallery, Winnipeg Symphony Orchestra and RMTC. These organizations are each in the midst of transformation, working to maintain the cultural gems Winnipeggers know and love, and simultaneously evolve with society and technology. It was very exciting to hear about visionary projects that will raise Winnipeg’s profile even further.

We finished with a panel of leaders in the music, film and television industries. It was eye-opening to hear their views on Winnipeg’s potential to rival other major Canadian cities, and learn what brought them here in the first place – and what keeps them here.

To summarize, the day was enlightening. As some forms of art become more accessible via technology, it can be easy to take for granted what truly connects us as a society.

Leadership Winnipeg is grateful for the support of our Vision Partners