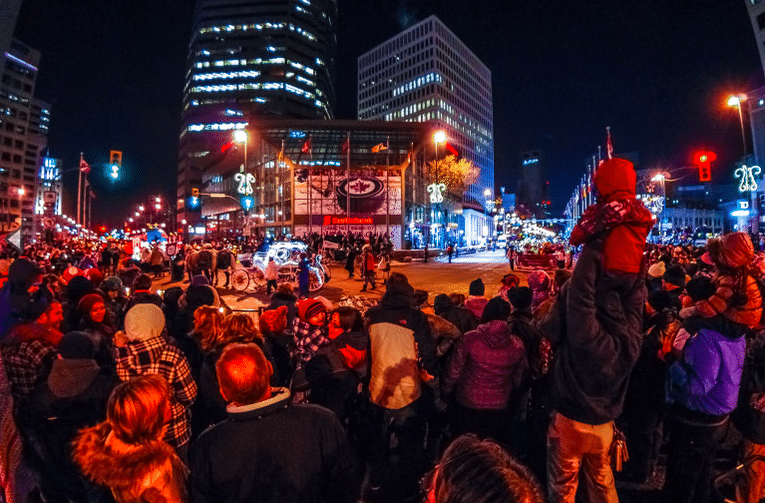 Crowd view at the Winnipeg Santa Claus Parade (image from Tourism Winnipeg)
The Chamber is calling on all members to spread the word and lend a hand to support a century-long Winnipeg tradition.

As the Winnipeg Parade Committee Inc. prepares for the 109th consecutive Santa parade, Santa’s float has been deemed unsafe to travel. A $100,000 GoFundMe campaign has launched to secure the parade’s future in Winnipeg.

Although the parade generously receives support from sponsors, donors and float entry revenue, this year the costly expense of the float puts the parade in jeopardy.

“The current float is more than 60 years old. With extreme winter temperatures and wear and tear for decades, the old Eaton’s billboards, key to the structural integrity, are damaged beyond repair. The decor is crumbling and the snowmen disintegrating,” said Winnipeg Santa Claus Parade Director, Monica Derksen.

“We’ve created a list of thank-you gifts and we are so grateful for donations and support from friends, families, businesses and supporters,” said Derksen. “If every household and business/organization that attends the parade gives $10, we will reach our goal.”

Presented by Manitoba Hydro, the parade is on Saturday, November 17 at 5:00pm.