February 28, 2018
​Yesterday the federal Finance Minister released his much anticipated third budget. While there are many details to pore over, two things jump out: more deficits, and a lack of focus on our country’s competitiveness.
The federal budget deficit is scheduled to increase from $17.8 billion in 2016-2017 to $19.4 billion this fiscal year, a nine per cent increase. Budget forecasting documents only go out to the year 2022-2023, when the government projects an over $12 billion deficit. Over that time almost $100 billion will be added to the federal debt. 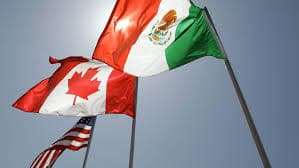 Those budget numbers also assume our economy will experience real GDP growth of 2.0 per cent a year from 2017 through 2022. Given the fact we are entering the tenth year of economic expansion, many (myself included) find those growth projections overly optimistic… and a recession would blow a huge hole in those deficit numbers…

Every 0.1 per cent decrease in annual GDP growth leads to an increase in the federal deficit of around $500 million. Given this is already one of the longest periods of economic expansion on record, continued straight-line GDP growth for five more years seems unlikely.

Irrespective of a recession, our economy is facing considerable uncertainty brought on by NAFTA renegotiations. The Bank of Canada has already said they are projecting this uncertainty will reduce investment and export growth. The longer those negotiations drag on, the greater the damage.

A rainy day will undoubtedly come at some point, and our government is choosing to not pack an umbrella.

On the taxation side, this federal budget left a lot to be desired. With the U.S recently increasing their competitiveness by reforming their tax system, our federal government instead chose to sit on their hands. 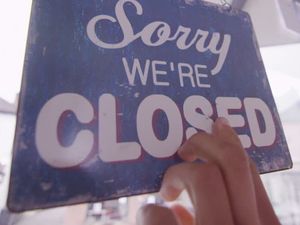 Nothing in the budget responds to the U.S tax moves; just a promise Finance Canada will analyze them. The government also doesn’t step back from their growth-inhibiting small business tax changes. More information on these measures were provided in this budget. They include a phasing out of the small business deduction on passive income earned above the $50,000 threshold. As companies earn above that threshold in a year from passive investments, a straight-line reduction of $5 for every $1 of income will take place. This means companies earning over $150,000 in passive income will lose out on access to the small business tax rate.

While at least the small business tax changes are clearer now, they still move our tax code in the wrong direction. What is urgently needed is a review of our entire taxation system so it best encourages growth and prosperity. We can no longer tweak on the edges – a comprehensive review is needed urgently. 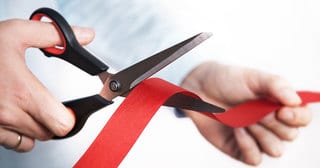 On a positive note for business, the budget commits $11.5 million over the next three years to pursue targeted regulatory reforms with the goal of making our regulatory system “more agile, transparent and responsive.” These measures should help reduce regulations that inhibit business innovation.

Further to reducing red tape, the federal government is planning to reduce the current number of business innovation programs by up to two-thirds. The current 92 different business innovation programs buried across departments represent a virtual maze for entrepreneurs to navigate. Funding won’t decrease, so simplifying and streamlining programming is a positive step.

Locally, the budget includes a commitment to introduce legislation to enable Western Economic Diversification to collaborate more effectively with provinces. With our provincial government currently developing an economic development strategy, the timing couldn’t be better. The more both levels of government collaborate in this area, the more effective business programming we will see.

On the whole, however, this federal budget doesn’t go far enough to address the competitiveness challenges we face. It continues to strain the government credit card with no end in sight.

Challenges are on the horizon. This federal budget doesn’t go far enough to address them.