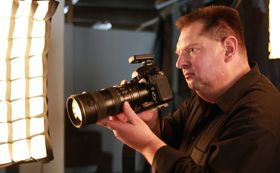 ​“This weekend I’m photographing a couple. I just took some photos of a kitty cat, and last week I did a commercial job where I spent 27 hours taking photos in an auto-body shop,” says Bruce Allen Hendricks (MPA, F.Ph. F/PPOC-BC, CPP), owner of Impact Photographic Design.

The challenge of never knowing what’s coming next is the driving force behind his career. Thirty years ago in high school when Hendricks was crawling around the world on hands and knees to get the shot, he realized what he wanted to do with his life. 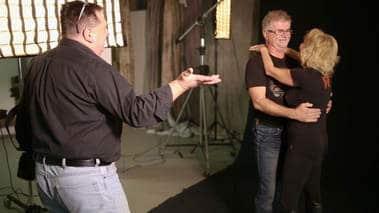 “The idea of doing the same thing day after day, like punching away at a keyboard or something, really didn’t do it for me,” says Hendricks. “With photography, I know every day is going to be different.”

After graduating high school, he joined the Professional Photographers of Canada Inc. (PPOC) and moved to British Columbia to develop his career. He returned home in 2002 to open Impact Photographic Design.

Being a professional photographer during the most photographed time in history has not been easy. Over the years, Hendricks has had to deal with changes.

“Digital photography has disrupted the industry a little bit; there are thousands of photographers or so-called photographers out there,” he says. “Value and price are not the same things.” 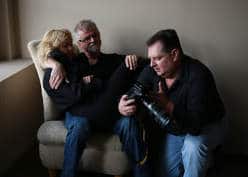 Hendricks says the value of a good photograph lives in its ability to give you glimpse into someone’s life.

“You really realize the importance of having good portraits taken after someone is gone.”

He tells a story about a family portrait he took, early in his career. After the shoot, before the family had a chance to order the prints, the father passed away. The grieving family eventually ordered the prints and were grateful to have captured his memory. Before they picked up the final photos, one of the sons in the photograph died.

“Those photos were a way for that family to hold on to their loved ones for the rest of their life,” says Hendricks.

Hendricks has built his career on taking photos of people. Whether it’s commercial or portrait photography, he always pushes himself to take the best pictures possible.
​
As the youngest Manitoban to earn a Master of Photographic Arts from the PPOC in 1998, Hendricks is continually adding to a C.V. that includes a very long list of designations and an even longer list of national awards. 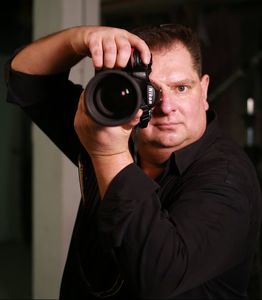 The designations show his dedication to the craft. The awards show his skill. Whether he’s in the studio taking portraits of a new family, doing a promo shoot for an iconic figure like Fred Penner, or flying off to a remote location to document the construction of a hydro dam, he sees an opportunity to capture a perfect moment in every photograph.

Good photography doesn’t just happen. Hendricks is dedicated to getting his clients the photos that matter.

“It’s about being able to show people, fifty years down the road, what you were all about. It’s how you’ll be remembered.” ​​