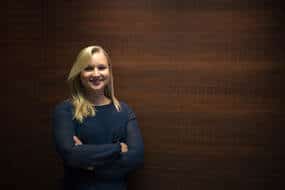 The month of May was all about Culture, Arts, Music and Film.

We learned many new things about the Inuit Art Centre. Did you know that The Winnipeg Art Gallery has the largest collection of Inuit art in the world?

Here are some interesting facts and news about the Inuit Art Centre:

We were provided with an amazing opportunity to hear from the Directors  & CEO’s of Royal MTC, WAG, Fringe Festival, Royal Winnipeg Ballet, Winnipeg Symphony Orchestra and Winnipeg Folk Festival. We learned about how these individuals and their organizations are truly making a huge impact in our community when it comes to sharing arts and culture in our city.

We had a Culture Industries Panel where we were able to hear from the Director of Film Financing – Louise 0’Brien, Charles Clement, Present and Executive Producer of Media Rendezvous Inc. and Manito Media, Danielle Sturk, who is an independent award-winning filmmaker and Jamie Leduc, Department Head, Interactive Digital Media Program and Instructor in Animation, Concept Art and IDM Project Management at Sisler High school.

My favorite part of the panel was learning about the digital media and technology program at Sisler High School.

Here are some interesting facts: