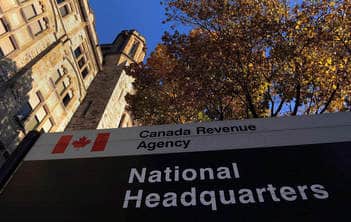 Finance Canada recently released details on several proposed changes to the taxation of private corporations in Canada. The Government considers the proposed changes next steps toward closing tax loopholes. The measures are meant to:

The theory behind the measures is the government wants to eliminate the tax advantages that exist for business owners that are not available to salaried workers.

However, these proposed changes could potentially be both punitive and restrictive to small businesses. The government’s premise that the proposed legislation would level the playing field and make the tax system fairer is flawed in that it assumes making tax treatment the same for both groups would be fair. It doesn’t factor in risk nor allow for the fact small businesses drive the growth of our economy.

Like all households, businesses need some rainy day funds. The proposed legislation on passive investment income within a corporation looks to introduce additional layers of taxation and complication to corporate tax by having the business owner identify the source of funds invested within the corporation and having a separate tax rate apply. The additional reporting burden and complication to the corporate tax system adds more reporting requirements to an already overburdened small business owner and ignores the system currently in place that actually results in slightly higher taxes being paid between pre-tax corporate profit and getting the funds into the hands of the business owner. It is still in the consultation stage, but whatever the new system is, it must consider the reporting impacts and not hamper the ability of businesses to have a surplus of cash without having to go through a Dragons Den style business case to justify the funds.

“Income sprinkling” refers to declaring dividends to family members of the business owner. There are currently rules in place to eliminate income splitting with minors, which prevent the transfer of income to minors by taxing several types of income to minors at the highest marginal personal tax rate. The proposed changes are meant to expand that regulation by applying the tax on split income to any family member regardless of age if the split income is deemed unreasonable. The test will be much stricter for individuals aged 18-24, but for all family members it will be based on labour and/or capital contributed to the business.

While there are certainly cases that income splitting isn’t appropriate, there are overwhelmingly more instances where declaring dividends to a spouse recognizes the financial contribution made with family money into a business and it also recognizes the labour put in by a spouse to support the business. The labour portion can be seen in almost every small business where the spouse supports by acting as an advisor, sounding board, cheerleader and source of labour.

As for financial contributions, I have many clients that have bought into a business using family money that they and their spouse earned. That money would have otherwise gone into an RRSP, which would make it tax free and eligible to be split with their spouse after age 65. If the intent is to make the playing field equal, why couldn’t I buy my business with the same tax advantages that I get with a RRSP?

We need to promote, encourage and support small business growth and expansion. As with any new tax legislation, the devil is in the details, but the tone of these proposed changes are of great concern. We certainly hope to collaborate with the Government on further clarification, simplification and most of all, truly fair implementation so that any new measures impact only those situations that they are intended to target.