Caught In The Middle: Discovering The Sandwich Generation 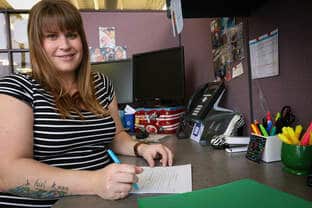 Even on the best days, weeks, or months, just finding a good balance between work and life can be a challenge. Add caring for children to the mix, and things get even more difficult to manage. But if you complicate things even further by factoring in aging parents or relatives to look after as well, now you’ve entered what is being called the ‘Sandwich Generation.’

“It’s a generation that’s kind of stuck between two areas,” says Karley Middleton, health and performance consultant with HUB International. “They’re typically within 40 to 60 years old, stuck between having children dependents still living at home for a variety of different reasons, and also now dealing with aging parents that are requiring a lot more assistance.

“So they have their own lives to manage with their own work-life balance and hobbies and responsibilities, but they’re also taking on some pressure for either side. So they’re essentially the meat in that sandwich, being squished between the other two sides.”

The stressors of being a caregiver are many; exhausting your emotional energy from being a support system for someone else, losing a lot of time in your day to things like grocery shopping or transportation, and also taking on the financial burden of the costs associated with the care being provided.

The results of which can be catastrophic to the caregiver’s physical, mental and emotional health. ‘Caregiver Burnout’ or ‘Caregiver Stress’ is a condition described as, “a state of physical, emotional, and mental exhaustion that may be accompanied by a change in attitude — from positive and caring to negative and unconcerned.”

And with such a change in attitude, will inevitably come a change in performance at work, which will only further add to the stress. So what can employers do for their workers who find themselves in a demanding — possibly overwhelming — caregiver situation?

“Offering a little more flexibility throughout the day, increasing some of their benefits, and then really just accommodating for time is a really big thing,” Middleton says. “Employees who feel supported in what they’re doing are going to everything much better.”

But the onus isn’t entirely on the employer to be able to recognize these situations and accommodate.

“It’s probably one of the hardest things that people find to do, but don’t be afraid to ask for help,” Middleton says. “If people aren’t aware of the situation you’re going through, you’re not as likely to get the sympathy, the acknowledgement and the accommodation. So really don’t be afraid to be your own advocate in that way.”

Additionally, a number of government funded resources are available to those who find themselves in a stressful caregiver position, including Employment Insurance benefits, tax credits and support groups.

As for why it might seem like the prevalence of the Sandwich Generation is becoming greater, Middleton believes it’s not necessarily that the issue is becoming more common, but that individuals are simply becoming more comfortable talking about and prioritizing their mental health.

“I think with all of the education and promotion and reduction of stigma related to mental health, the people who have always had struggles in this area are now finally just more comfortable in identifying and reporting and looking for accommodation.”