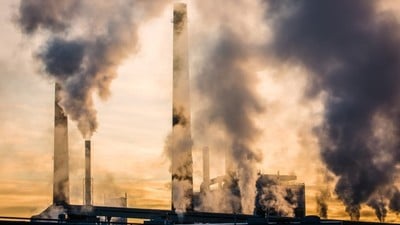 Climate change is real. Continued debate as to this fact is counterproductive and diminishes our available window for action. What remains open for discussion – or should be open – is how Manitoba, as part of national and international efforts, contributes our responsible share to the solution.

In 2015, over 190 countries signed the Paris Climate Agreement to slow the rise in global temperature.  Subsequently, the federal government initiated The Pan-Canadian Framework on Clean Growth and Climate Change. The framework sets a Canadian greenhouse gas (GHG) emissions target of 30 per cent below 2005 levels by 2030.

The federal government has been unequivocal – carbon pricing is coming, but provinces are able to design their own pricing system. The Winnipeg Chamber of Commerce believes strongly in a “made in Manitoba” system; one-size-fits-all solutions rarely work in a country as diverse as Canada.

Details on the Manitoba system have been scant, but anything put in place must ensure our businesses stay competitive with other jurisdictions. There’s much truth, perhaps an inconvenient one, in the old adage, ‘don’t throw out the baby with the bath water.’

The US federal government has been clear it will not put a price on carbon any time soon. Acting without regard to the fact our business community’s largest competitors will not face emissions penalties is illogical at best, destructive at worst.

However, the federal government has been adamant a price is coming. The train’s left the station; we can either stand on the tracks in defiance or build the track ahead to determine where it goes.  It is incumbent upon the federal government, who put the train in motion, to allow Manitoba latitude to do just that.

To ensure our carbon price lets local business remain competitive – particularly in the face of American policy – independent data on the effects of different carbon pricing levels on the economy must be made publicly available. For example, if data shows a price above $30 a tonne damages our local or provincial economy significantly, then the carbon price simply cannot rise above that. 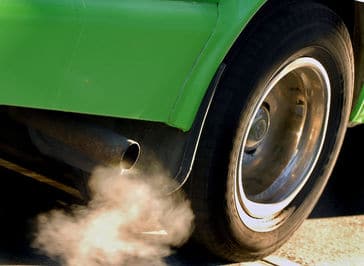 A carbon price will potentially raise hundreds of millions of dollars in provincial revenue. How we ‘recycle’ these revenues will spell the difference between Manitoba seizing the green economy opportunity or making a bad situation worse.

It is imperative this revenue not go to debt or deficit financing. All revenues collected need to support what the carbon price is intended to do: reduce emissions and promote the green economy.

A carbon price will particularly affect manufacturing, transportation and agriculture industries. They’ll need to be offered transitional supports. Likewise, support needs to be set aside for low income Manitobans who are least able to adapt to any new costs.

Other revenue from the carbon price must go toward investments in innovative technologies that will reduce emissions. For example, a $25,000 investment in energy efficiency technologies in a semi-truck can reduce that truck’s fuel intake by 22 per cent a year: the equivalent of taking more than seven cars off the road.

As well investments should be made to support the acceleration of Manitoba’s green economy. We have green energy and clean-tech advantages over other jurisdictions, and revenues from a carbon price can position Manitoba as a global green energy superpower.

The introduction of a carbon price also presents an opportunity for the province to step back and look at our entire taxation ecosystem. That system has not been reviewed in 17 years, and our code has become riddled with inconsistencies. With a possible PST cut coming, now is the time for an independent commission to provide recommendations on how to make our entire taxation system more competitive, fair and efficient.
​
Climate change is real. The urgency to respond with effective, immediate action is real. The need to act without damaging the livelihoods of Manitobans is equally real and requires a realistic framework to achieve enduring success.