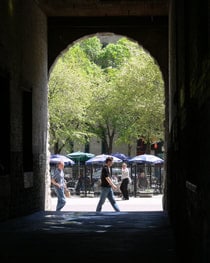 When Canada first became a country 150 years ago, only 20 per cent of the population lived in urban areas. We had only one city with more than 100,000 residents.

Today, we have more than 50 municipalities with over 100,000 residents, and only 20 per cent of our population lives in rural areas. We have long been an urban country, yet we lack a national strategy that will help our urban centres grow, thrive and compete in the 21st century.

Recently the Canadian Global Cities Council (CGCC) released Planning for an Urban Future: Our Call for a National Urban Strategy for Canada. The Winnipeg Chamber of Commerce is a founding member of the CGCC, which represents the eight largest urban chambers of commerce and boards of trade in Canada. These eight city-regions combined account for over half of Canada’s GDP.

Federal infrastructure spending has increased by billions over the past several years, and yet we have no common measure to judge whether that spending was successful. Data is sparse, and poor data leads to poor decision making. With no indication of where shortfalls are, governments have little incentive to change their approach to infrastructure. 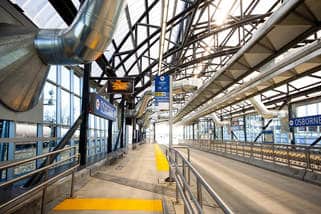 Below the broad national level, the strategy calls for city-regional agreements with clear goals and targets. These more localized agreements would spell out the city-regions priorities, and showcase where private-public partnerships could best be utilized. Longer-term contractual agreements would then be developed to deliver on those local priorities. This would mean funding the regional plans, not specific projects. It would allow for greater flexibility and speed up construction times.

Why does this matter to Winnipeg and Manitoba?

As we have recently seen, local priorities are often drowned out by higher levels of government. The City of Winnipeg’s $182-million ask to the Building Canada Fund to accelerate regional road repair lies in limbo. Not only is that an issue, but the current ask is again based on the outdated model of funding projects, not plans. Current federal infrastructure funding methods lack flexibility, and force governments to put forward projects that may not best meet local needs, but instead check off the right funding box.

Instead of going cap in hand to higher levels of government, a national strategy will set the goals and objectives for all governments to meet. While a national strategy must be federal government driven, it will rely on provincial and civic governments as well as the private sector to come together to set those local priorities under the national objectives. However, with no national objectives or priorities currently in place, federal infrastructure funding is currently too unfocused.

We need high quality infrastructure in order to move people and goods in an efficient and safe manner. You can have the best tax rates and regulations in the world, but if you can’t move your country’s goods and citizens effectively, your economy isn’t going anywhere fast. Improving the quality of our infrastructure will increase our country’s competitiveness – an urgent issues as other countries move on their own urban policies.
​
Right now Canada is one of only two OECD countries with a federal government system that doesn’t have a national urban policy. Developing one will take time, effort and federal leadership. With billions more being spent on infrastructure, we need to ensure all that spending’s effectiveness is clearly measured against strategic goals and objectives.