March 13, 2018
On March 12, the provincial government tabled the 2018 Budget, highlighted by record deficit reduction, a restocking of the Fiscal Stabilization Fund (aka the Rainy Day Fund), strategic and responsible social investments, strong measures to support small business and a series of milestone taxation measures, in particular the introduction of the provincial carbon price. Many of these measures are consistent with changes long advocated by your Winnipeg Chamber.
Overall, The Winnipeg Chamber of Commerce gives the budget a grade of B- (with a B+ in economics and a C- in environmental studies).
Deficit
Debt Servicing
Positive Business Tax Changes
Carbon Confusion 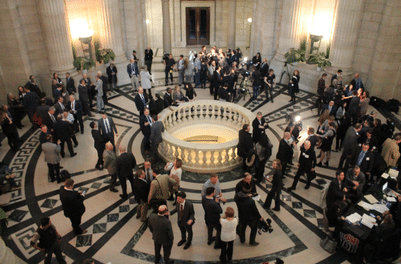 ​The Chamber will continue to work with government on their carbon pricing policy. There is still time to support our trade exposed sectors and provide additional accounting clarity.

Taken as a whole, Budget 2018 delivered a sound fiscal blueprint and positions Manitoba well on its road to fiscal recovery.