April 25, 2018
This op-ed first appeared in the Winnipeg Free Press on Wednesday, April 25, 2018.
​
There’s an outdated notion that support for business growth and success comes at the expense of social programs and community well-being – and vice versa. Nothing could be further from the truth. Business and community prosperity are interwoven. We are in this together.

That’s one reason The Winnipeg Chamber weighed in during the province’s just-concluded consultation phase on a new poverty reduction strategy.

The Winnipeg Chamber believes the best way out of poverty remains a good job. Median household incomes are close to 10 per cent lower in Manitoba than our Saskatchewan neighbours, and we lag below the Canadian average. Raising Manitoba’s median household income levels to the national average would constitute an over $1-billion income increase.

To create the jobs that foster this rise in income, we’ve pushed the province to develop a provincial economic development strategy – one that works in lockstep with a poverty reduction strategy.

We’ve also advocated for actions that improve educational outcomes, given the well-documented link between higher education and good incomes. Among other suggestions, we recommend re-profiling the Manitoba Scholarship and Bursary Initiative and increasing investment by $14 million a year to offer significant tuition reductions to students from Manitoba families earning less than $70,000 a year.

We should also ensure younger students can actually get to the place of considering post-secondary. It’s critical we address a child’s physical needs so they can bring their whole selves to class. The Chamber strongly recommends Manitoba strengthen breakfast and lunch programs with a focus on our most disadvantaged neighbourhoods, setting the conditions for young minds to excel. In a recent Toronto study of over 6,000 students in a high poverty neighbourhood, a breakfast program was credited with increasing high school graduation rates by 20 per cent. Not only were there more graduates, but they had higher test scores as well.

Statistics show Indigenous Manitobans face disproportionately higher poverty rates. A specific focus in Manitoba’s strategy is required. Our full submission included a number of suggestions around culturally appropriate, specifically tailored training programs to elevate education and employment outcomes aligned with Indigenous communities’ needs and aspirations. Likewise, new immigrants, who are projected to be a growing part of our community and workforce, need tailored programs to address the disproportionate poverty they face. 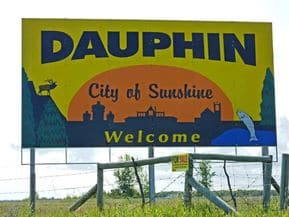 We also believe it’s time to revisit mincome and an overhaul of our social support framework. Other Canadian jurisdictions have drastically raised the minimum wage in a misguided effort to address poverty – the right objective, but the wrong tool for the job.

The Winnipeg Chamber believes a guaranteed annual income is a more targeted tool that may prove to be more effective in helping people meet their basic living needs. Such a study was done in Dauphin in the 1970’s.  It is time for another, evaluating measures such as social outcomes and employment impacts. Perhaps the study may find a guaranteed minimum income actually works in reducing poverty while reducing administrative costs of the current myriad of social supports.

That is the key to the new strategy: focusing on what works. The province has limited resources at its disposal, and it should only put them into programs that have shown to have the greatest impact.

The province doesn’t have to and shouldn’t go it alone. Delivering an effective poverty reduction strategy will require partnering with the private and non-profit sectors. Both are ready and willing to lend their expertise and knowledge.

The private sector is well-positioned to build affordable housing options if the right regulatory and tax regimes are in place. The new federal housing strategy provides an ideal opportunity for collaboration, and we recommend moving to a housing-first model. While there is a higher upfront cost in providing housing for homeless individuals, having them housed can drop the cost of delivering services by 70 per cent. The long term savings are immense; Alberta recently estimated a fully implemented housing first model could save their province billions over the long term.

Another example of a skilled partner is Manitoba’s growing social enterprise sector. Several organizations, for example, have demonstrated effectiveness in re-integrating those with a history in our justice system into the workforce. The province has made steps in reforming our justice system, and we encourage them to work with our social enterprise sector members to reduce recidivism, which leads to savings for taxpayers.

There are no easy, quick fixes. We all need to pull in the same direction – a direction the province needs to provide guidance on. That direction needs to be grounded in a concrete, measurable goal.