Are you a leader? Poor behaviour of people in authority demands new definition 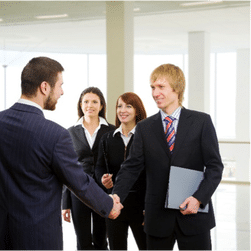 How do you answer that question? Do you stop and pause when asked this question? Surprisingly, many have no concept of themselves as a leader and even wrestle with the notion that they should be held responsible as a leader. So just who is a leader?

The word leader is defined as a front-runner, one who leads a group, or a country.

I would like to broaden the definition of leader to include someone who has taken on the responsibility to lead their life in a certain way, to lead a group towards an outcome, support, and champion others to the next level of success. We could also include someone who leads a country to do great things.

You may then ask if all people in authority are leaders, and the answers are yes and no. They may hold a title of authority and lead chaos but its time for us to take back the meaning of leadership to mean someone who is responsible and accountable for their words and actions.

I think the word leadership has been bantered about to the extent that we lend it to abusers, stealers, and people of ill repute, whose inability to balance their ego has led to them being erratic, impudent, and abusive to those they lead.

The word leader suggests a strong, courageous individual who is willing to serve others. It depicts someone who is saddened by others’ failure but is still gracious. They do not threaten, bully, or molest those they have authority over. To do any of these would violate their values, personal honor, and sense of identity. They are committed to enhance their ability to contribute to others and to society. They think about the consequences of their actions before taking them, do their best to ensure that what they do benefit others and not just themselves.

To be in a position of authority does not mean you are a leader. Leaders pave the way for others to follow. They are role models who others can emulate. If you’ve heard there is a leadership crisis, it is because we have continued to label people in authority as leaders, even when they show they lack the ability to lead.

Since there are very few natural born leaders, leadership is a skill that must be developed consistently. Since we have failed to provide the proper structure to nurture and develop leaders we are now at a turning point in society where many people in positions of authority are being let go, asked to step down, or even fired because their behaviour has been damaging or abusive to those they led.

Though this is disappointing, it is not surprising. As a Conflict Analyst I have intervened in far too many conflicts influenced by someone in a leadership role who lacked the skills. Leadership skills should be cultivated over time in a nurturing, encouraging, environment with exposure to a range of competencies and interpersonal skills as necessary for leadership.

So, if you have a set goal for your life or business and is willing to take on the responsibility of leading people, consider building your capacity to serve well.