Architect of Obama-era economic laws on how a city prospers 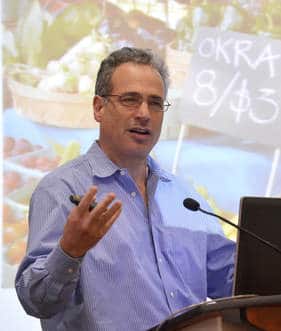 ​The Winnipeg Chamber: What’s your elevator-pitch of a “pollinator” business?

WC: Winnipeg and Manitoba are particularly dependent on cross-border trade. Does the economic shift you’re suggesting lower the dependence on trade, particularly as we observe fraught NAFTA negotiations?

MS: Trade only makes sense when you cannot produce goods and services cost-effectively for yourself, and local economic development helps a community identify all the opportunities for cost-effective import substitution.

The goal is not disengaging from trade, however, but to improve the value-adding character of trade.  As the late Jane Jacobs argued, an economic strategy promoting import-substituting businesses turns out to be the best way to develop exports.

This process of substitution never ends, but it does leave North Dakota with several new industries – in electricity, windmills, machines parts, and metal fabrication – that are poised to meet not only local needs but also export markets. But instead of putting all of a community’s enterprise eggs in one export-oriented basket that leaves the local economy vulnerable to fluctuating global markets, import substitution develops myriad small businesses, grounded (initially at least) in diversified local markets, many of which then becoming exporters. 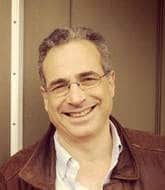 WC: There’s a lot of rhetoric from the Trump administration on keeping jobs in America, particularly in manufacturing. Are they supportive (as much as a federal government can be) of the shift to local economies that you advocate for?

The Trump Administration’s policies are, frankly, a work in progress, filled with contradictions, and its trade policies are particularly immature. There’s also been no significant local economy piece of legislation or policy making that the Administration thus far has put forward or opposed.

But I’ve personally had conversations with many people in the government who see potential synergy with the local economy movement.  Local First is just a more specific variant to America First.  Entrepreneurship is favoured more by Republicans than Democrats. And there’s growing interest throughout government to apply recently legalized tools for grassroots investing to support local businesses.

WC: We often hear from our business members that lack of access to capital is a critical roadblock. Can you point to any examples of regions who made big strides in improving access? How did they do it?

MS: I would point to three Canadian provinces that have made significant strides: Alberta, through investment cooperatives; Nova Scotia, through Community Economic Development Investment Funds (CEDIFs), and New Brunswick (which now gives local investors a 50% provincial tax credit for investments over $1,000).

WC: What question do you wish audiences would ask you?

MS: What would it take to convince you to become a Canadian citizen?